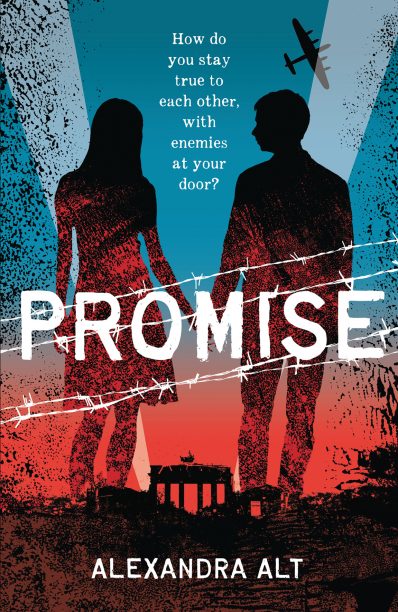 Fifteen-year-old Lene wishes only to live a peaceful and happy life in Berlin with her family and neighbour Ludwig. But all around her World War II is raging: bombs are being dropped on her beloved city, her father has been sent to the Eastern Front and her compulsory commitment to the despised Nazi regime in the form of League of German Girls meetings is forcing her further and further away from Ludwig. And then there is merciless Hitler Youth squad leader Kurt, who begins to prey on Lene and whose ruthless cruelty reflects on a personal level the wider devastation being rendered by the Nazi regime. Promise is Adelaide writer Alexandra Alt’s first novel. Having grown up in Berlin, Alt’s passion for the city is evident in her vivid descriptions of Berlin’s streets and monuments and their subsequent ruin. The weight of the novel’s subject matter and Alt’s occasional tendency to press Lene’s sentiments upon the reader are balanced by a gripping and well-paced narrative and an unwavering sense of hope. But most memorable are her characters, in particular Lene and Ludwig, who are beautifully drawn and come to life on the page. Promise is a story of first love, courage and survival that does not shy away from the brutal reality of war, suitable for readers aged 12 and up.