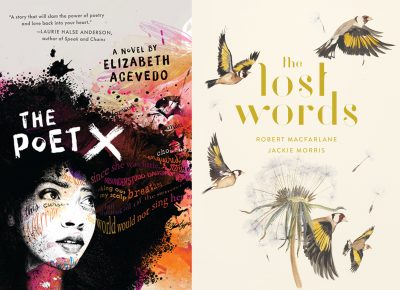 The UK Chartered Institute of Library and Information Professionals (CILIP) has announced the winners of the 2019 Carnegie and Kate Greenaway medals.

Dominican-American writer and slam poet Elizabeth Acevedo won the Carnegie Medal for children’s and YA books for her YA novel The Poet X (Hardie Grant Egmont), and British illustrator Jackie Morris was awarded the Kate Greenaway Medal for children’s book illustration for her work in Robert Macfarlane’s The Lost Words (Hamish Hamilton). This is the first time in the history of the awards that both winning titles have been written in verse. Acevedo is also the first writer of colour to win the Carnegie Medal in its 83-year history. In 2017 the medal attracted criticism for its lack of diversity, which prompted a year-long review and subsequent reforms in 2018.

The Poet X is Acevedo’s debut novel and is inspired by her background as a child of Dominican immigrants and her time working as a high school English teacher. Written in verse, the novel follows a young girl in Harlem who discovers slam poetry as a way to understand her mother’s religion and her own relationship to the world. ‘Elizabeth Acevedo offers a searing, unflinching exploration of culture, family and faith within a truly innovative verse structure,’ said chair of judges Alison Brumwell. ‘The novel’s inventive use of language celebrates life and Dominican heritage.’

The Lost Words, also written in verse, takes the form of 20 ‘lost’ nature words, including ‘acorn’, ‘bluebell’, ‘kingfisher’ and ‘wren’, which were removed from a widely used children’s dictionary on the basis that they were not being used enough by children to merit inclusion. In the book, each word becomes a spell that summons the image and the word back into being. ‘The illustrations test our acuity and make us all think on a much deeper level about scale, colour and proportion; also, about representations of loss and absence,’ said Brumwell.

The winners were chosen from shortlists announced in March; Australian children’s book creators Paul Jennings and Allison Colpoys were longlisted in February.

For more information about the winners, visit the awards website.