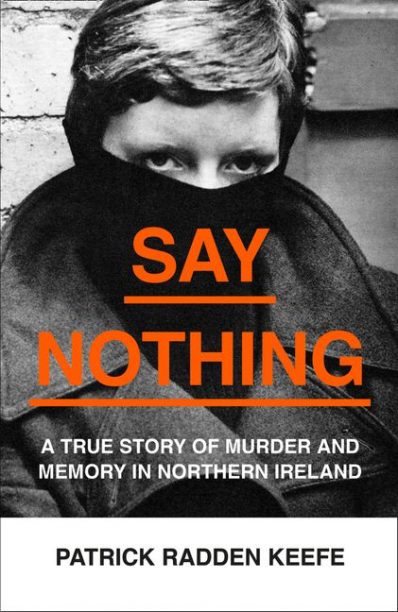 In the UK, two authors writing about the conflict in Northern Ireland have been awarded £3000 each (A$5470) as part of the Orwell Prize, reports the Guardian.

Patrick Radden Keefe, a staff writer at the New Yorker, has won the Orwell Prize for political writing for Say Nothing: A true story of murder and memory in Northern Ireland (HarperCollins), while Anna Burns’ Booker-winning novel Milkman (Faber) won the inaugural prize for political fiction.

Keefe’s book is an account of the 1972 murder of Jean McConville, a widowed mother of 10 who was suspected of being an informer. Tulip Siddiq, chair of judges for the political writing award, said the book ‘comes across as an immensely personal tale yet encompasses the historical narrative of the situation in Northern Ireland’.

Burns’ novel, the first to be awarded the prize for political fiction, focuses on a young woman known only as ‘middle sister’ who is sexually harassed by a much older and more powerful man. Chair of judges for the fiction prize Tom Sutcliffe described Milkman as ‘a marvel’.

‘Milkman is a remarkable book—recording a specific time and a specific conflict with brilliant precision but universal in its account of how political allegiances crush and deform our instinctive human loyalties,’ he said.

The annual book prizes are awarded to one nonfiction and one fiction work that come closest to George Orwell’s ambition ‘to make political writing into an art’, and are presented alongside separate prizes for journalism and ‘exposing Britain’s social evils’.

For more information about the award, see the prize website.