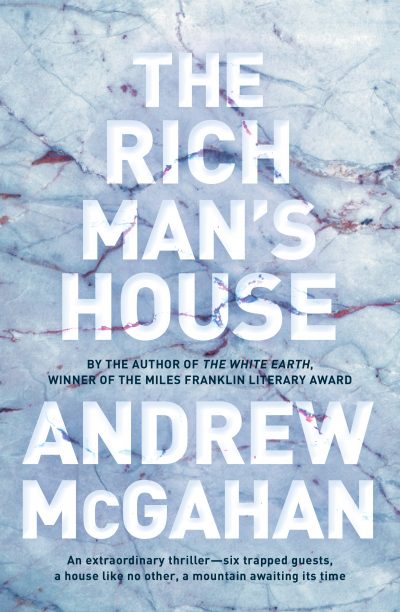 Andrew McGahan’s posthumously published The Rich Man’s House reads like an earlier draft of a more mature work. Though its premise of a billionaire who builds his home inside the hollow summit of a mountain brims with potential, the storytelling is undisciplined and, at over 600 pages long, the pacing presents an insurmountable problem. When psychic veterinarian Rita is invited to visit the opus of her dead architect father for a week by its billionaire owner, it seems like anything could happen, and it does—eventually. The central plot point fails to materialise until page 350, and a shaky supernatural lore and cast of underdeveloped characters don’t make it worth the wait. Though it’s impossible not to think of the novel in terms of the author’s sad and untimely passing, his absence emphasises how far it seems from completion, and it’s difficult to imagine an audience for this book among McGahan’s existing fans. As one of these, it feels unconscionable to criticise—even at times to read—something written at a time when he was so vulnerable. Unfortunately, The Rich Man’s House is just not a good book, though it may have been under better circumstances.

Myles McGuire is a Brisbane-based bookseller