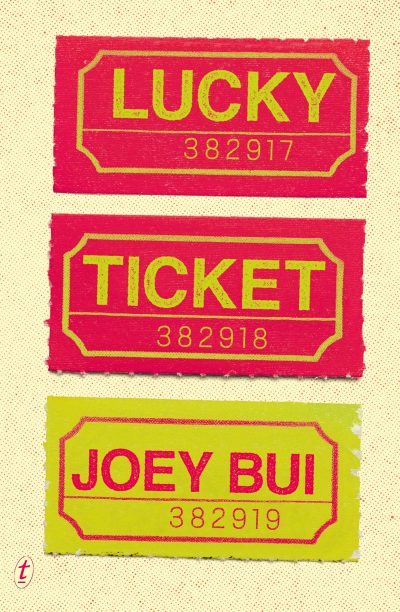 Lucky Ticket is the debut short story collection from Joey Bui, runner-up in Overland’s 2017 Neilma Sidney Short Story Prize for ‘Hot Days’, which features in this collection. ‘Lucky Ticket’, the eponymous story, centres on a double-amputee Vietnamese war veteran and sets the tone for the collection—wry yet affecting, it assumes a certain level of knowledge from its readers, with multi-layered references to the distinct political and historical backdrop of Sài Gòn. Bui has based many of her stories on interviews with Vietnamese refugees and while many of them revolve around Vietnamese characters, the universal theme of displacement is captured in the discomfort an American-Pakistani girl feels in her white, upper-middle-class boyfriend’s world and in the disappearances that plague the bohemian circles of Buenos Aires. The experiences of people of colour reign supreme in this collection with the few white characters, distinguishable only by their privilege, otherwise relegated to the margins. The impotence of fathers is a running theme throughout the stories—an interesting counterpoint to the patriarchal, white supremacist strictures that confine their children. The scatological nature of the stories and the ways in which they delve into the indignity of poverty call to mind Jenny Zhang, while the astute racial, gender and class commentary would appeal to readers of Julie Koh, Melanie Cheng and Roanna Gonsalves.