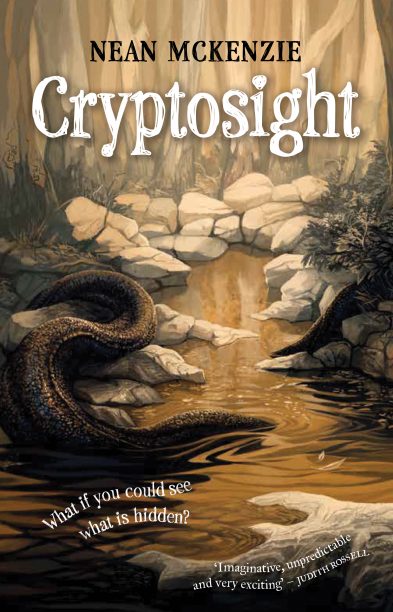 Cryptosight is a fun romp through regional Victoria, following Raff and his younger sister as they try to track down their missing monster-tracking father, while out-swerving the baddies at every turn. Nean McKenzie paints a vivid picture of country Australia and it’s lovely to read a children’s book with such a clear and relatable setting. I can see this being particularly popular among children from outside of the cities. The story is a fast-paced and engaging adventure, however Raff, despite being the main character, is incredibly passive and does not actually drive the action at all. His younger sister Zara is the more dynamic of the two, engaging with the magic in the story in ways that Raff just does not. This might be less of an issue if Raff’s fears and passivity were explored, but they aren’t and, despite enjoying the book, I was left wondering why McKenzie chose to focus on him rather than his younger sister. I would also have appreciated more development of the relationship between father and son, which was a little one-note, but overall Cryptosight is a fun and magical adventure for the middle-grade crowd.