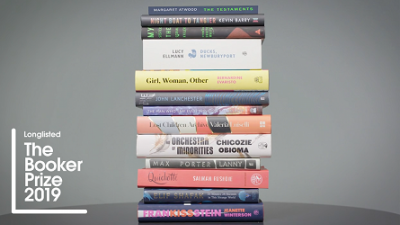 The longlist for the 2019 Booker Prize has been announced.

Chosen from 151 submissions, the longlist features authors from the UK, Ireland, the USA, Canada, Nigeria, Mexico, India and Turkey. The award, now sponsored by US-based charitable foundation Crankstart, is open to novels published in the UK or Ireland between 1 October 2018 and 30 September 2019.

Two former Booker winners are among the 13-strong longlist: Margaret Atwood for The Testaments, her long-awaited sequel to The Handmaid’s Tale, and Salman Rushdie for Quichotte, his reworking of Don Quixote.

Nigerian/UK novelist Oyinkan Braithwaite’s My Sister, The Serial Killer is the only debut to make the longlist, while US-based Mexican author Valeria Luiselli has been longlisted for her first novel written in English, Lost Children Archive.

For more information on this year’s longlist, see the Booker website.