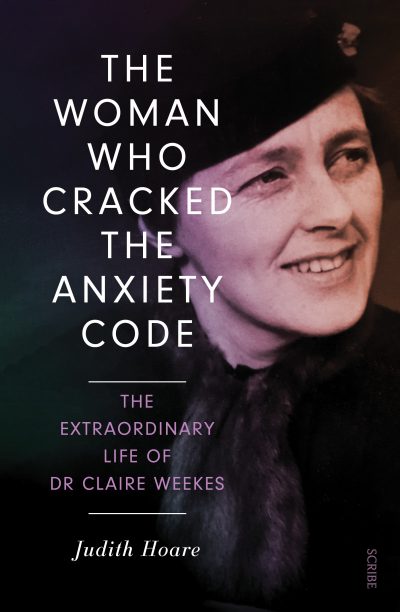 Australian doctor Claire Weekes found worldwide fame with her bestselling books on ‘nervous illness’ in the 1960s and 1970s—but despite gratitude from thousands of sufferers, she is almost forgotten today. This revelatory biography should change that. Journalist Judith Hoare has comprehensively captured the unconventional life of this brilliant woman who was lauded for her evolutionary studies in zoology before moving into neurology. Then, in middle age, she became a much-loved physician, fond of bringing her patients home to roam alongside her long-suffering family. She tried out other careers as well—even a disastrously timed attempt at being a travel agent on the eve of WWII—but it was her early broken romance with a dashing hero of the trenches that sparked the cure for her own nervous illness. This led her to create her revolutionary theory of first and second fears—first fear being the natural fight or flight response to a frightening situation, second fear being fear of this fear. The indefatigable Dr Weekes built her work into an international empire and, despite some appalling business decisions due to an admirable if often misguided trust in her patients, her books and recordings are still available today. After reading this biography, any sufferer of anxiety or depression will be keen to track them down.

Julia Taylor has worked in trade publishing for many years