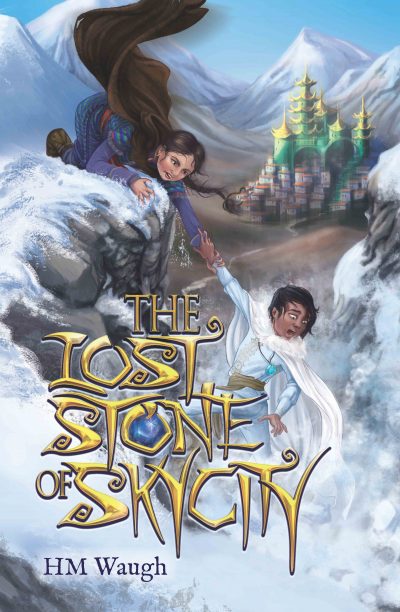 When the princess of the terrifying, fabled Ice-People kidnaps Danam, claiming him as her prophesied protector, his friend Sunaya knows she’s the only one who can rescue him. But it’s soon clear there has been a mistake: it is not Danam who has strange powers, but Sunaya herself. To save her friend, Sunaya must brave the terrifying Dragon Tests, uncover hidden treachery, and discover the real reason the people of the Ice and the people of the Dirt have been kept separate for so long. Set in a fantasy world inspired by the cultures of the Himalayas, The Lost Stone of SkyCity is a refreshingly diverse and engaging late middle-grade fantasy. It balances exciting adventure with deft characterisation and a number of genuinely surprising twists. Sunaya is strong and confident in herself in a way that will resonate with young readers. Though she has moments of doubt and fear, she never lets others undermine her self-worth. With its smart and likeable protagonist and rich world-building, The Lost Stone of SkyCity is perfect for fantasy lovers looking for a sophisticated bridge between middle-grade and YA. It is H M Waugh’s first novel, and I eagerly await her next.