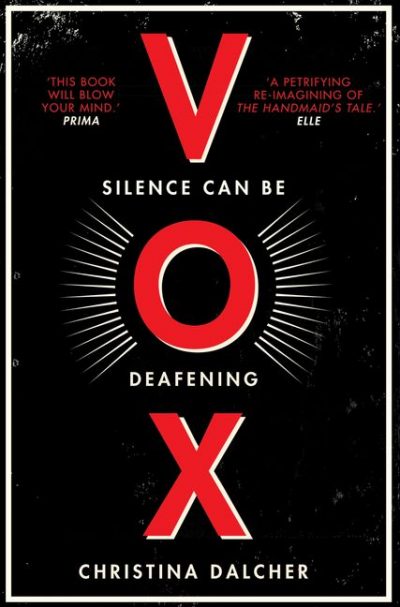 In the UK, debut novelist Christina Dalcher has won the £2000 (A$3650) Goldsboro Books Glass Bell Award for Vox (HQ).

Set in an America where women are restricted to speaking no more than 100 words each day, Vox follows a woman attempting to reclaim her voice.

‘Hard-won rights sometimes feel like a luxury that we can never take for granted, and Vox is an urgent and timely reminder of this. A terrifyingly plausible yet dazzling thriller which prompted passionate discussions during the judging, it’s a story about the importance of communication, the power of language and a lesson that freedom is continually being fought for around the world,’ said Goldsboro Books founder David Headley.

Dalcher’s novel was chosen from a shortlist of six, which included Australian writer Heather Morris’ The Tattooist of Auschwitz (Echo).

Presented by London bookshop Goldsboro Books, the prize celebrates the best storytelling across all genres of contemporary fiction.

For more information about the award, see the Goldsboro website.