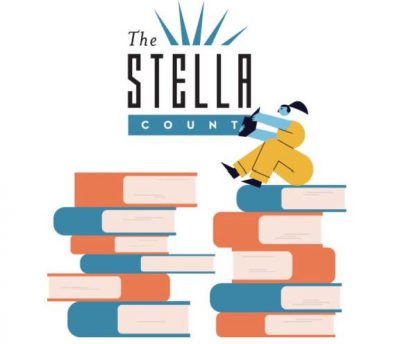 Stella Count 2018: ‘Sustained and significant advances in the representation of women authors’

The report’s authors said the results suggest ‘the act of counting actively shifts the gender balance of literary journalism in Australia’, given that the inaugural Stella Count found just 40% of reviews were of books written by women. The 2018 count also found that the number of publications that reviewed more books by women than men more than doubled, going from four out of 12 publications in 2016 and 2017, to nine out of 12.

In their analysis, academics Melinda Harvey from Monash University and Julieanne Lamond from the Australian National University said the statistics from the 2018 count prove ‘sustained and significant advances in the representation of women authors’ in reviews pages over its seven years of counting. ‘Literary editors should be congratulated for their efforts to improve the representation of women authors in their reviews pages, as we have—for the first time since the Stella Count began—reached a point at which gender parity is the rule rather than the exception,’ Harvey and Lamond wrote.

The publication with the highest proportion of book reviews by women, exceeding gender parity, is Books+Publishing (71%), followed by The Monthly (57%) and the West Australian (56%). The trend of men reviewing books written by men and women reviewing books written by women continues without real change. Author gender matches reviewer gender in 64% of cases, more or less the same as the previous two years (65%).

The count also found that women authors’ share of small and large reviews is shifting. Forty-seven percent of large reviews (over 1000 words) were of women-authored books, up from 36% in 2017. The percentage of long reviews written by women also neared parity (49%) in 2018, up from just 34% in 2017. ‘We’d like to think that these improvements mean that the majority of publications we survey now understand that addressing gender bias requires a variety of interventions: the number of reviews devoted to women authors matters, but so does the column space that their books receive,’ Harvey and Lamond wrote.

In their conclusion, Harvey and Lamond suggest that Australian publications are ‘leading the world in terms of the representation of women writers in their pages’.

They added: ‘We must also think about what we are not counting, and might or should count. Much more work is left to be done to enable the Stella Count to reflect the diversity of literary production and reception in Australia: to acknowledge gender identities beyond the gender binary and also register gender’s intersection with race, ethnicity, sexuality and disability.’

The annual Stella Count compiles statistics showing how many books by women and men were reviewed in Australian publications and the gender of the reviewers. For the second year, the 2017 Stella Count also surveyed books coverage beyond reviews, including bylines in leading magazines and journals.

A breakdown of this year’s statistics and its analysis can be found on the Stella website.