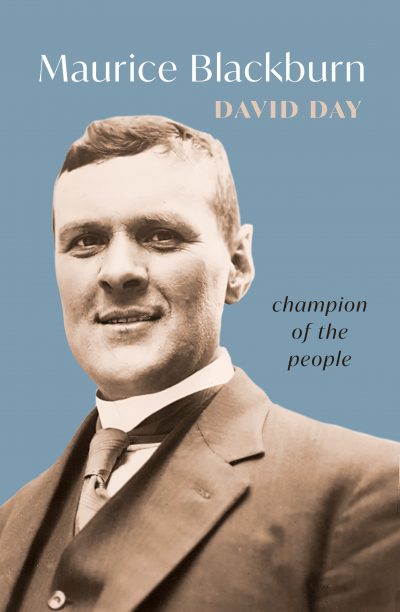 Maurice Blackburn (1880–1944) was an influential member of the Australian Labor Party and a barrister, specialising in cases defending socialist causes. He held seats at both the state and federal levels, was heavily involved in the divisive conscription debates during World War I and could at times be a controversial figure, due mainly to his intellectual independence and dogged integrity. Blackburn’s relationship with the Labor Party was often strained as they differed on party policy and he would not compromise his beliefs for political expediency. The Labor Party twice expelled him. In this biography, esteemed historian David Day brings to life the rowdy and theatrical politics of the time: street meetings in Melbourne’s inner suburbs, rousing speeches on the Yarra, and dodgy political and business characters, such as Prime Minister Billy Hughes and thuggish businessman John Wren. Against this backdrop Blackburn emerges as a rare beast: a politician and activist who was broadly respected for his integrity and consistency. Day writes a splendid history of Australia’s nascent labour movement and one of its major figures, distilling the complex social and economic issues of the time into a bracing narrative. Maurice Blackburn will appeal to the general reader and history buff alike.