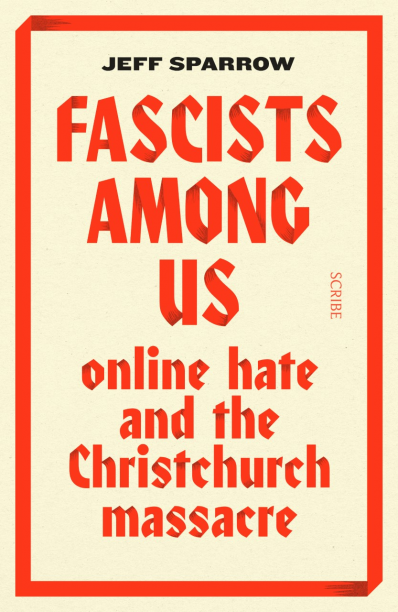 Fascists Among Us: Online hate and the Christchurch massacre (Jeff Sparrow, Scribe)

In the wake of the Christchurch massacre, Jeff Sparrow turns his eye to the recent rise of far-right violence. Fascists Among Us traces the history of fascism and seeks to understand why and how the gunman—referred to throughout as Person X—came to murder 51 innocent people in the name of this ideology. Beginning with an overview of fascism—from its roots in the anti-Semitism of early 20th-century Europe to the widespread presence of Islamophobia today—this short but incisive book builds to a stirring and well-argued conclusion. Dissecting and analysing parts of the shooter’s online manifesto, along with a convincing argument for why this should be done, Sparrow gives context for the rise of fascist violence. He effectively uses the ridiculous language of the alt-right (incels, lulz, shitposting) to understand meme culture, managing to explain the jargon while still retaining narrative propulsion. Sparrow draws logical conclusions to show how fascism has quietly embedded itself into ‘acceptable’ society, from John Howard’s handling of the Tampa affair to noted fascist Blair Cottrell’s appearance on national platforms like triple j. What Sparrow does so eloquently in Fascists Among Us—which he says has long been omitted from mainstream discussion—is overtly link fascism, historically and theoretically, with political violence. The ultimate goal is to better understand fascism in order to fight it.

Kelsey Oldham is an editor at Books+Publishing