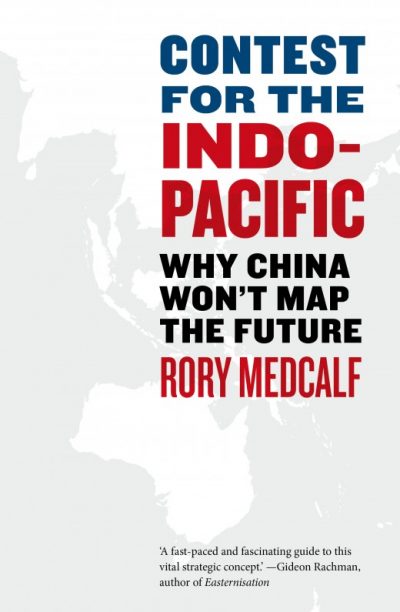 How does the world balance China’s emergence as a global superpower? What are the risks ahead? How do nation states dilute China’s hegemony and avoid capitulation to its interests? These and other pressing questions are examined in Rory Medcalf’s elegant and absorbing Contest for the Indo-Pacific. First used in the mid-19th century, the term Indo-Pacific is making a comeback in government circles, the geographically inclusive language seen as a bulwark against Chinese aspiration. Currently the region, spreading across East Africa to West Asia, is a strategic puzzle as countries jostle for power and position. Medcalf, an academic and former diplomat, argues that the so-called Indo-Pacific’s middle players—Japan, Australia, Indonesia, India—could collectively hold China’s power in check. By mid-21st century, the combined economic and defence capabilities of these middle powers will match China’s, and while cooperation and coordination would not be easy, such an alliance could bring substantial benefits. Contest for the Indo-Pacific provides a nuanced and subtle assessment of emerging power struggles in the region, with a strong focus on China. Optimistic, yet realistic about the possibilities of war and conflict, this is an essential guide for anyone—politician, policy specialist or informed citizen—interested in the future of the region.