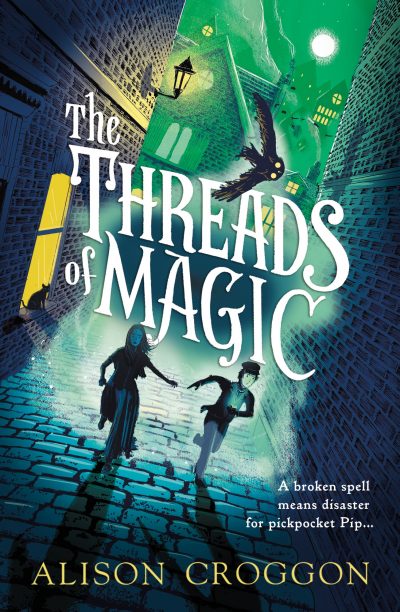 This first foray by Alison Croggon—best known for her ‘Pellinor’ fantasy series—into middle-grade is a sophisticated story of power, friendship and magic. The city of Clavel is in a medieval-style world where witches are sentenced to death and powerful men have learned to harness immortality and become Spectres—souls that live well beyond death in younger bodies. When Pip, a young pickpocket, finds a silver box with a shrivelled heart within, he stumbles upon an evil plot to take over the kingdom. The object he has discovered, both revered and reviled, is actually the fossilised heart of a young prince killed by a witch in a misguided attempt to outwit the Spectres. Many corrupt men are hunting Pip down to retrieve it. Pip, his younger sister El and her best friend Obi join forces to stay safe, and Obi’s mother, who is a powerful witch, agrees to help. Also playing roles are the unpleasant king, the corrupt cardinal of the church, a weak scribe and many others who aid or abet the young friends. With an extensive cast of characters and a richly drawn world, this is engrossing and imaginative fantasy that will appeal to readers of Jaclyn Moriarty and Lian Tanner. At nearly 400 pages and with some terrifying scenes, it’s best suited to strong readers who don’t mind being scared, aged 10 and up.