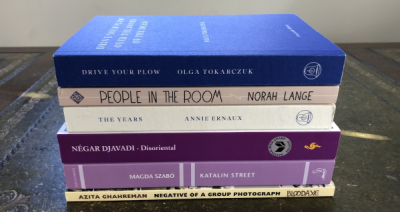 In the UK, the shortlist for the Warwick Prize for Women in Translation has been announced.

Established by the University of Warwick in 2017, the £1000 (A$1900) prize was created ‘to address the gender imbalance in translated literature and to increase the number of international women’s voices accessible by a British and Irish readership’.

The winner will be announced at a ceremony in London on 20 November. For more information about the prize, visit the website.