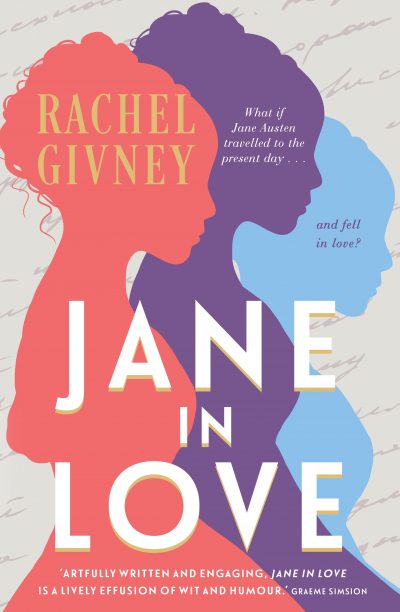 It is a truth universally acknowledged that Jane Austen re-imaginings are an uneven offering. Some are brilliant; some less so. The fundamental challenges of this niche, however, remain constant: that the stories themselves remain relevant to a contemporary audience, and that the language, pace, and writing style of the early 1800s do not. Rachel Givney is the latest writer to step into Jane’s inimitable shoes, and while it is refreshing to read a novel that builds from Persuasion (rather than the ubiquitous Pride and Prejudice) her debut novel Jane in Love relies too heavily on the mannered language of Austen’s novel and not heavily enough on its core emotion and humour. Jane herself is a character who, through some machinations, finds herself in contemporary London. The conflict then becomes whether Jane will return to the past to write the novels that make her famous or stay in the present with a potential lover. There is something perverse about this decision: Jane having to be sad in order to be creatively brilliant leans a bit too heavily on the notion that art only comes from pain (and extending that thought, that artists deserve to suffer). Coupled with extended sequences of Jane reacting to modern conveniences (escalators, for example), in the end this Austen reimagining takes too long to find its heart.