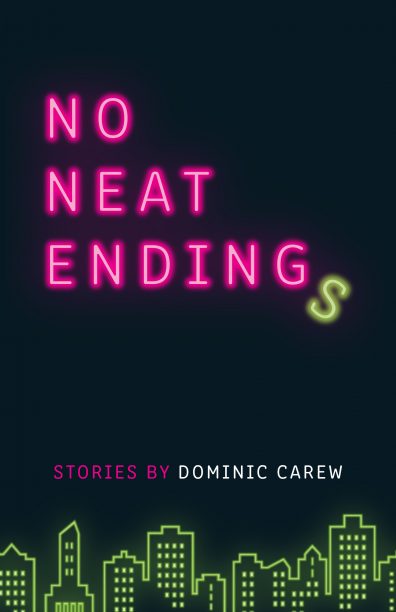 Dominic Carew sketches masculinity faltering or in crisis in his short story collection No Neat Endings. In these snapshots of manhood, Carew depicts male kinship and identity fraught with the cultural expectations placed on men. In ‘Nineteen’ we witness how one boy attempting to lose his virginity is plunged into such self-doubt that he attempts his own demise. In ‘Blokeship’ we see how small, idiosyncratic acts—including violently making a hole in the wall—provide for a new and restorative friendship between two men after one breaks up with his girlfriend. Carew uses metaphor adeptly throughout, planting incidental objects and other symbols to show how these men are often defined less by their words and more by their actions. ‘He leaned forward,’ Carew writes, ‘ … and for a moment he was going to say something … but he just straightened up a bit and made a chuckling sound.’ Unfortunately, other stories are sometimes too literal. For example, ‘Out for Lunch’ uses a compare-and-contrast method to highlight the failings of a man in a corporate office, resulting in a piece that ultimately lacks depth. Despite these weak points, No Neat Endings as a whole remains a strong meditation on masculinity in Australia and its many fault lines.