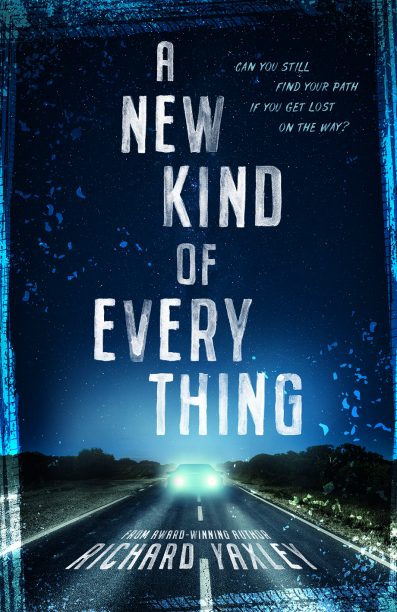 A New Kind of Everything (Richard Yaxley, Scholastic)

A New Kind of Everything picks up the story of the Gallagher family after the loss of patriarch Barney, his spectre still looming large over his wife Allison and their two sons Dinny and Carl. Living in a small country town, the remaining Gallaghers are adjusting to the changing dynamics of a three-member family. While Allison is still in shock, eldest teen Carl turns his anger in new directions, striking out to be his own man. Dinny is left somewhere in the middle, adrift between memories of the past and unsure how to move forward, as drawn to his mother’s interest in local musical theatre as he is to his father and brother’s pastimes of fast driving and car remodeling. The novel explores small-town boredom, frustration and masculine culture with strikingly beautiful prose, especially poignant when juxtaposed with the seething anger and despair it is often describing. The family is dealing with a legacy of trauma and violence, which threatens to engulf them all if long-held silences are not broken. Can rebellious Carl and softer, more confused Dinny stop repeating the violence and repression of the past? The simmering tension of the book spills over with dire consequences. This YA book has challenging themes, but will appeal to readers who enjoy gritty realism.