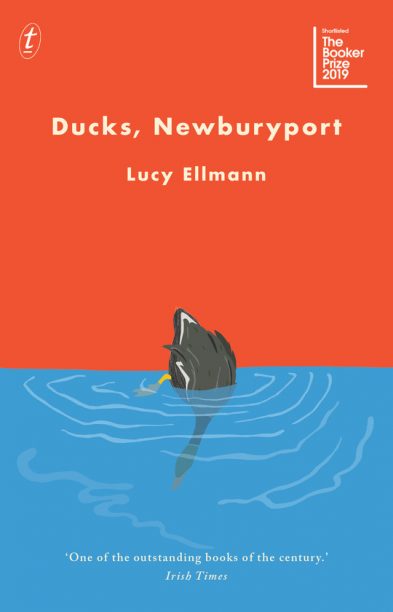 Chosen from a shortlist of six, Ducks, Newburyport follows the internal monologue of an Ohio housewife over one 1000-page sentence, interspersed with the the story of a female mountain lion searching for her missing cubs.

‘Testing the limits of the stream-of-consciousness narrative, Ducks, Newburyport rejects conventional plot and story structure,’ Goldsmiths Prize organisers said. ‘Instead it captures the thoughts that pass through the mind of a middle-aged Ohio woman as she bakes pies in her kitchen. What emerges is a linguistically sinuous meditation on life, memory, motherhood and the randomness—and purpose—of everyday experience.’

According to chair of judges Erica Wagner, ‘Ducks, Newburyport is that rare thing: a book which, not long after its publication, one can unhesitatingly call a masterpiece. In her gripping and hypnotic book, Ellmann remakes the novel and expands the reader’s idea of what is possible with the form.’

The prize was established in 2013 to reward British and Irish fiction which ‘breaks the mould or extends the possibilities of the novel form’.

Earlier this year the Goldsmiths Prize expanded its eligibility criteria, allowing authors of any nationality to enter, as long as they have resided in the UK or the Republic of Ireland for three years or more. Ellmann, who is American, is based in Edinburgh. Ducks, Newburyport was also shortlisted for the 2019 Booker Prize.

The 2018 prize was awarded to Robin Robertson for his verse novel The Long Take (Picador). For more information about the Goldsmiths Prize, visit the website.