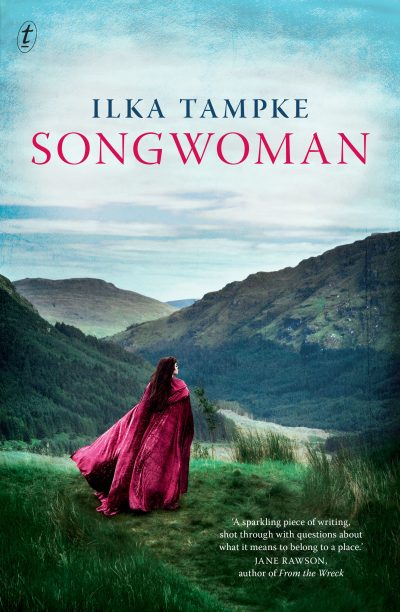 Songwoman is a sequel to Tampke’s debut novel Skin (Text), published in 2015, and can be read as a standalone novel or as a sequel.

Judges Melissa Cranenburgh, Jane Rawson and Jackie Tang described Songwoman as a ‘wonderfully escapist epic, bound to draw in lovers of historical fiction and fantasy—with an engaging narrative and a relatable hero’.

The judges wrote: ‘Ilka Tampke has mastered the tone and cadence of artful world-building and her setting—Britain during Roman occupation—feels well-drawn, without being overburdened with historical minutiae. The gripping plot follows the struggle for Anglo-Saxon independence in the face of a technologically advanced imperialist force, inevitably raising questions about the cyclical nature of oppression and those who levy it.

‘Songwoman’s marginalised hero, Ailia, takes on the sadly still-all-too-relevant issues of cultural identity, racism and gender inequity, all set against a gripping plot rich in politicking, bloody battles and—of course—romance. A riveting read, with a good dose of historical fancy, Songwoman was a clear favourite.’

Songwoman was chosen from a shortlist of three that also included Sue McPherson’s Brontide (Magabala) and James Cristina’s Antidote to a Curse (Transit Lounge).

The MUBA ‘celebrates hidden gems—engaging and creative books across all genres that deserve to reach a wider audience’.