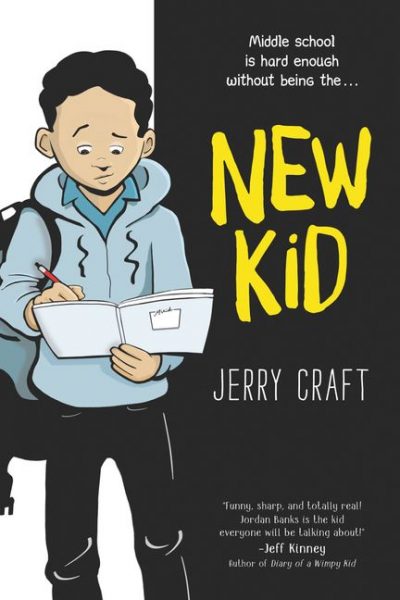 In the US, the American Library Association (ALA) has announced the winners of its Youth Media Awards, including the Newbery and Caldecott medals.

Jerry Craft’s graphic novel New Kid (Quill Tree Books) was awarded the 2020 John Newbery Medal for the most distinguished contribution to American literature for children, marking the first time in the award’s history that a graphic novel has been awarded. New Kid follows seventh-grader Jordan Banks, whose parents have enrolled him in a prestigious private school where Jordan is one of the few kids of colour in his grade.

The 2020 Randolph Caldecott Medal for the most distinguished picture book went to illustrator Kadir Nelson for The Undefeated (Kwame Alexander, HMH/Versify), which is described by the publisher as ‘a love letter to black life in the United States’. Nelson has twice been listed as a Caldecott honoree, in 2007 and 2008.

A S King’s Dig (Text) was the winner of the Michael L Printz Award for excellence in young adult literature, while the Stonewall Book Award for books on lesbian, gay, bisexual and transgender experience went to two books: When Aidan Became a Brother (Kyle Lukoff, illus by Kaylani Juanita, Lee & Low) and The Black Flamingo (Dean Atta, illus by Anshika Khullar, Hodder).

The Schneider Family Book Award, for books that ‘embody an artistic expression of the disability experience’, went to three books in different age categories: Just Ask! Be Different, Be Brave, Be You (Sonia Sotomayor, illus by Rafael López, Philomel) in the young children category; Song for a Whale (Lynne Kelly, Delacorte) in middle grade; and Cursed (Karol Ruth Silverstein, Charlesbridge) in teens.

Winners were announced at the ALA Midwinter Meeting, which was held in Philadelphia, Pennsylvania. For the full list of winners and honour books in each category of the awards, see the ALA website.