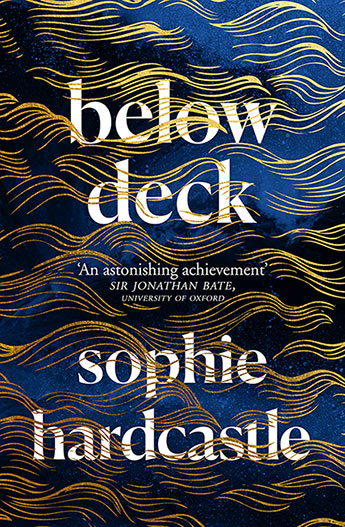 In Below Deck, 21-year-old Oli gives up a high-flying internship to work on the ocean after meeting an enigmatic older couple and sailing with them to the Coral Sea. Four years later, she takes a job sailing with an all-male crew to New Zealand. The horrific events that follow set a new course for Oli’s life in this debut adult novel from UK-based Australian writer Sophie Hardcastle. Below Deck has an important message: that women’s voices and stories need to be amplified; that in order to heal from trauma, we must be heard. However, it misses the mark. Divided into parts, it’s tonally confused; ‘Sea Garden’ borders on twee, whereas ‘Sea Monsters’ is extremely violent and subsequently hard to read, despite being the most well-written part of the novel. A warning for readers: there is a graphic, disturbing scene of sexual assault, and while the devastating effects of this trauma are explored, they are not satisfactorily resolved. While there’s rarely a neat fix in reality either, it feels inappropriate to suggest that PTSD can be cured by shouting affirmations at a glacier. Key scenes such as the novel’s inciting incident, the moment Oli tells her oppressive parents of her decision to give up the internship for a life at sea, happen mostly off-page. Even during the climax of the novel, Oli’s words are given to her by another character, minimising her power and agency, and undermining the ethos of the novel. Unfortunately, this potentially powerful story is let down by underdeveloped characters and overwritten prose.

Georgia Brough is a writer based in Melbourne