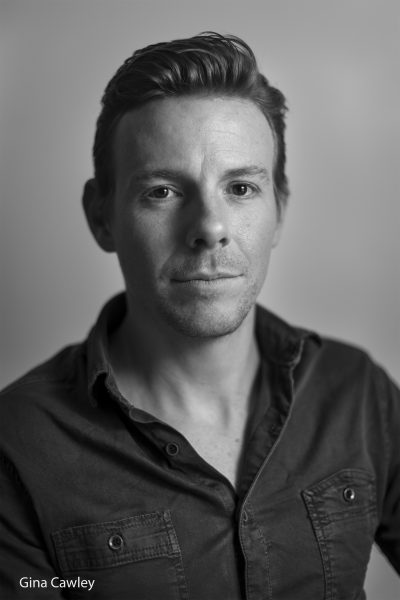 Spheres of influence: Ronnie Scott on ‘The Adversary’

Ronnie Scott’s debut novel The Adversary (Hamish Hamilton) follows an unnamed protagonist as he navigates gay friendship and wrestles with self-doubt over the course of a hot Melbourne summer. Scott spoke to reviewer Nathan Smith, who said the ‘moving and revelatory’ novel is ‘sure to join the queer Australian canon’.

For the characters in The Adversary, social desirability seems just as important as sexual desirability—if not more so. Do you think desire forms a key part of queer identity?

I think it does, but either way it’s catnip for a novelist because it’s something that we live with and think about every day without really being able to get our story straight. We think of desire as something that manifests inside us but is somehow separate from self-interest. It’s like a little rat in the brain that can rear up at any time and always has the capacity to surprise us. In The Adversary I tried to present desire in a few different lights, as something that can be scary and surprising but also something that’s calculated and contingent.

The story is set over summer and a key turning point takes place between Christmas and New Year, an often uneventful period that creates a palpable restlessness for the novel’s characters. What is it about summer that elicits emotions like self-doubt and loneliness?

Summer in Australia is a season of mixed symbols because it’s both a time of taking stock and a time of activity, the real guts of the year. However people respond to summer, the reasons behind their actions take on extra weight because they’re seemingly controlled by their environment. My narrator is kind of peevish, so he was always going to be resistant to summer (he would feel self-doubting and lonely at any time of year). My hope is that the book still manages to communicate the excellence of summer—my own favourite season—while fulfilling the dictates of characterisation and plot.

The book is intensely Melbourne-specific. In particular you sketch out some of the city’s queer summertime gathering spots, like the Fitzroy pool. Often these places are about social capital—to be seen there—as much as they are about just being there. Why did you want to be so specific about queer life in Melbourne and its social nuances?

It’s essential to present gay life in terms that feel nuanced and specific. (I’m using ‘gay life’ rather than ‘queer life’ because that’s what I’m working with, but it’s in line with your point about presenting different stories of particular queer lives.) If you look at public expressions of gay life in Australia, you will often see it being put to creepy use in propping up the values of capital and the state. It’s harder to use gay lives to support questionable interests if they aren’t seen as homogeneous and already totalised. In this novel I tried to imagine a very narrow subset of gay male life and use this narrow point of view to think about some structures that govern life in our society more generally.

Many of the relationships in the novel blur the lines between friend and lover and companion. Do you think queer relationships have a different kind of intimacy than heterosexual relationships? Do they often defy labels?

One of the friendships in my novel has a chilly, push–pull intimacy, and because that friendship is both intimate and chilly, some of the action results from a character trying to find that particular flavour combination with someone else. So there are different types of intimacy dramatised in the story, but other kinds of relationships as well. As for lines and labels being blurred within the novel, I saw this more as a question of characters’ ages—in their early 20s—than their sexualities. They almost grow up in miniature. Even though the story takes place over several weeks, the action of the novel is really towards labelling, and in the end I think it’s pretty firmly a story about friendship, even if you have to use the language of sex and dating to get there.

The main character seems to be an expert at self-sabotage. Do you think this is a trait seen more often in queer people than others?

No, but I do think that if you focus too much on the details, which the narrator does, you’re less likely to get a clear view of the bigger picture, and that’s often where life’s terrors await.

Given the novel’s themes and title, what was your biggest ‘adversary’ writing this book?

Jacqueline Bublitz on ‘Before You Knew My Name’  Features Interview