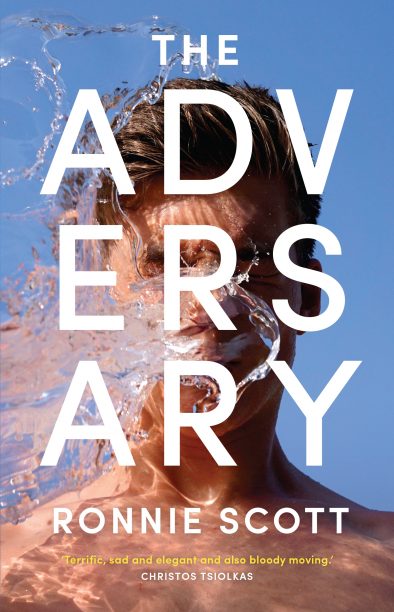 Ronnie Scott’s debut novel The Adversary is set during what appears to be an uneventful Melbourne summer but actually sees a lot happening to its protagonist. Languishing in emotional and social paralysis, Scott’s unnamed narrator is confronting an eroding friendship with his housemate Dan and the prospect of a long, stifling summer of ennui. A trip down the coast with newfound friends forms a turning point, with a cocktail of drugs and alcohol—and a cut foot—triggering some sobering realisations. Scott skilfully lays bare his protagonist’s many social and­ sexual doubts, highlighting how they contribute to his self-sabotaging as he struggles to make meaningful connections while orbiting a small social world. Sites across Melbourne act as queer touchstones—from the Fitzroy pool to Richmond’s harsh high-rises—furnishing the book with a local and relatable feel, while also showing that every city has spaces where social friction and friendships play out, gay or otherwise. Scott adeptly mines the complexities of queer desire and kinship, revealing how bonds between queer men—whether as friends, lovers or in-between—can be vague and undefined but also anchoring and deeply affecting at the same time. The Adversary is a moving and revelatory book and is sure to join the queer Australian canon.