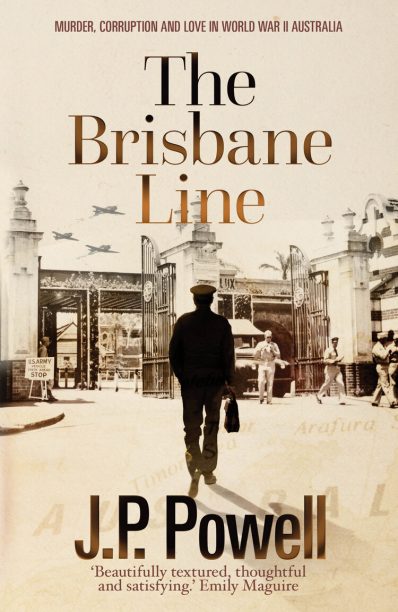 J P Powell’s debut novel—named for an alleged WWII-era government plan to abandon Northern Australia in the event of a Japanese invasion—is an exploration of tension and corruption amid the stationing of thousands of American troops in Brisbane. Set in 1943, the book follows US military police officer Joe Washington, who is told to stay away from an investigation into the murder of a US soldier. When the Brisbane police try to pin the crime on a local woman, Rose, Washington gets wrapped up in his search for the real murderer, and in uncovering a corrupt ring involving stolen fuel and a protection racket for the local sex trade. Along the way, he grows close with the mysterious Rose and her artistic circle. The book’s strength is its setting, and Powell’s training as an architect and historian provides an attention to detail that brings to life an underexplored era of Brisbane. Despite its vibrant background, the book is at times a little dull, and the characters—particularly the protagonist—sometimes feel wooden. However, Powell has created a rich version of wartime Brisbane that I could see being used as the foundation for an ongoing series. The Brisbane Line is suited to readers of Australian historical fiction and would do well in Queensland, as the book’s faithful recreation of wartime Brisbane should be of interest to locals.