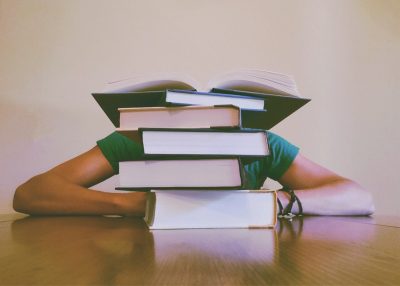 ‘Changes start small’: Behind the union push at PRH

Elena Gomez was part of a core team of editorial and publicity staff at Penguin Random House Australia (PRH) who initiated collective bargaining with their employer last year, resulting in the first union-negotiated Enterprise Bargaining Agreement (EBA) in Australian publishing history. Now a freelance writer and editor, Gomez outlines how PRH staff took the first steps towards an EBA, and explains why tackling the book industry’s diversity problem will require ‘an honest reckoning with the conditions that most of us have accepted for so long’.

My first few experiences with unions and book publishing would always go a certain way. I would investigate the Media, Entertainment & Arts Alliance (MEAA) website, try to work out if I would be covered, try to join, then talk myself out of it. At that time I had worked in publishing for approximately five years and, like many in similar situations, found it challenging to make ends meet. The union fees felt out of my range, and I did not know a single other person in my workplace, let alone the industry, who was also a member. The cons outweighed the pros. A few years later I was still working as an editor, earning my then-highest editorial salary (not including the year I’d spent in a public service role)—$50k a year. I was also paying close attention to stories about workers’ struggles locally as well as abroad, such as those in the US, where labour laws are arguably even weaker than in Australia, and where the company owned by the richest person in the world sent training videos to its managers with instructions on how to quash union activity among staff.

Throughout my career I had heard the same old jokes about how we get into books for love, not money. In recent years, diversity has become a hot topic in publishing strategies—we rightly celebrate when marginalised voices are represented in the books we publish. But the conversation always seems to stop short when it comes to discussing the diversity of the industry itself—those behind the scenes, who make and market books, the sales reps, booksellers, festival programmers. A discussion that meaningfully grapples with diversity within the industry itself would have to involve an honest reckoning with the conditions that most of us have accepted for so long, and that would require a fundamental shift in how we conceive of the work we do and why we do it (hint, it’s not only for love or exposure).

I joined MEAA because I realised that while I worked in this industry, I wanted to work towards not only being a part of making wonderful books, but also making my workplace and industry overall a sustainable, supportive place, not a place where class and racial privilege were the strongest indicators of successfully breaking in. I wanted to work towards building an industry where marginalised voices are represented not only on the bookshelves but also in the acquisitions meetings and on the other side of the bookshop counter. But at the end of the day, these changes start small. In our teams, with our colleagues. In our workplaces. And unionisation—where job descriptions, job progression, salary and benefits are treated fairly and transparently—is the first step.

It would be nice to be able to give step-by-step instructions on how other workplaces in our industry can unionise, but the reality is that every workplace is different. Publishers come in different sizes, with different organisational structures, different cultures and different workplace issues. The common factor, however, is a clear and trustful dialogue with colleagues. It was through casual chats with my colleagues that I started to learn about the common workplace issues that we faced. The more we all talked to each other, the more apparent it became that we weren’t alone in feeling disempowered or taken advantage of. Dialogue also means that when there are double standards being applied, those involved can learn about it. One of our key wins in the negotiations, aside from annual three percent pay rises and enshrined time off in lieu, was a clear grading and progression structure, which allowed staff to see clearly how their duties lined up with the level they were employed at. The new structure let both staff and management see where certain people were already performing at a more senior level, and allowed them to be brought up to the higher level. Another notable feature of the EBA is that, unlike company policies, it stays put for the term of the agreement (usually two to four years), which means everyone is able to stay on the same page, and there are clear avenues for discussion if a need ever arises.

Within a unionisation effort, there are different roles that can suit different personalities. In other words, it’s not only for the bolshie ‘troublemakers’. Organising asks for participation, but never more than one is comfortable with. At PRH, we formed a core group of union members (based on enthusiasm and opting in) and made a list of everyone in the workplace who would be covered by an agreement (it was necessary in our case to exclude managers at the beginning, but this sort of call is always dependent on the workplace situation). We then classified people into how open we thought they might be to joining the union with us. We divided the list among ourselves based on our existing relationships with various colleagues. What felt like years of inertia was soon replaced by a shift in collective consciousness. It felt instant, but for those of us who had been working at this for some time, it was the result of months of talks, support and sharing experiences. It took a quick series of events that disproportionately affected certain individuals, in conjunction with these conversations and supportive networks, for the shift in consciousness to translate to membership growth.

Once we had a clear majority of members in the editorial and publicity teams, it was time to undertake an issues survey. Our tireless union rep took care of the administration of this. We did not have formal delegates in place initially, as we were starting completely from scratch, but we worked out chains of communication to allow for every member to have a say in how we progressed while also allowing everyone to opt in to participate as much as they felt comfortable. It took some time to get this right, and we learned off the back of mistakes, but over time, delegates got a handle of how to communicate professionally and clearly with other members as well as management.

Unions are for everybody, and union members have the right to be anonymous. Alongside our goals for improving the workplace for everyone, we wanted to ensure our members would be protected. While it is technically illegal to discriminate against an employee on the grounds of union membership, friends and peers have shared with me many stories of how they were bullied or intimidated or cut off from work as a result of their union activity (in the interest of their privacy, I’m keeping details scant here). There is success in unity, however. Having a strong membership base means that colleagues are able to collectively advocate for themselves from a strong position. Unions provide support and facilitation and legal protection, but the action that leads to positive change comes from those within the workplace. It can start small, with a conversation, with a bit of attention to one’s surroundings, but with solidarity comes the possibility of momentum. A change of life circumstances and a desire for new challenges took me into freelance work, a whole new kind of workplace full of its own struggles, but I look forward to seeing the momentum grow within book publishing and the arts more broadly, so that those who work behind the scenes are empowered to build workplaces for themselves free of exploitation and opacity.