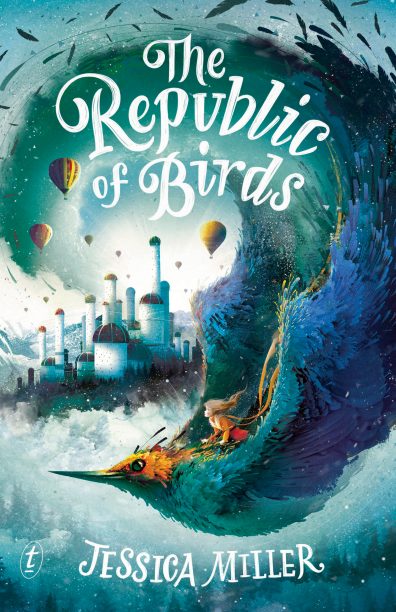 In her second middle-grade novel, The Republic of Birds, Jessica Miller has crafted a mythical world inspired by Russian folklore but steeped in a rich history of its own. Growing up in Tsaretsvo, Olga has always felt different from other girls. She isn’t graceful like her ballerina sister, Mira, nor does she have any interest in making her debut at the upcoming Spring Blossom Ball. Olga would much prefer to read about the Great Cartographers of the Tsardom, men she admires and hopes to someday emulate—if girls are one day permitted to do so. When her family is exiled to the border of the Republic of Birds, Olga discovers that she is even more different than she had assumed. And when Mira is kidnapped by a flock of birds in a surprise raid, she must not simply recognise her newfound magical powers, but master them in order to save her. While the initial chapters are a bit slow, and the ending feels anticlimactic, for the most part this is a well-paced novel that will engage fans of adventure stories and strong female characters. Olga is a smart and determined heroine, and while she does face genuine danger in her quest, The Republic of Birds shouldn’t be too scary for older primary readers.