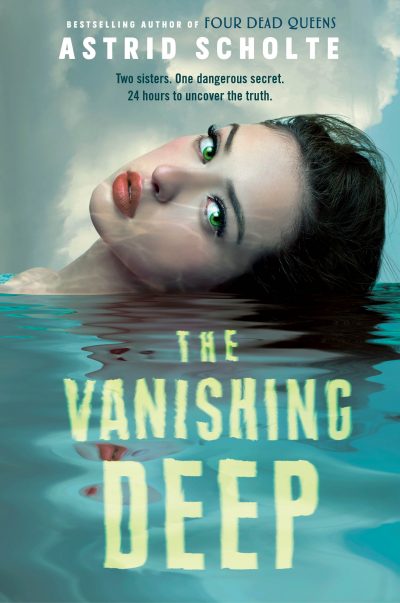 Tempest ekes out a living scavenging the sunken cities of a future flooded world, alone now after the death of her sister Elysea. But death is no longer the end. The Palindromena facility can restore the dead to life, though only for 24 hours and only once. Tempest wants to get Elysea restored, not for the ‘closure’ that Palindromena offers but because only Elysea has the answers to the mystery of their parents’ disappearance and her own unexplained death. Lor, a quiet boy who lives inside Palindromena, is tasked with supervising Elysea’s revival. When Tempest snatches Elysea and escapes, all three of them end up in a desperate and dangerous race against the clock to uncover a terrible secret. The age recommendation for this book is 13–18, but it is probably best for the lower end of that range. Told in alternating first-person chapters by Tempest and Lor—Tempest is impulsive, Lor is introspective—the book moves smoothly between action-filled escape and chase scenes to more meditative reflections on death, loss and finally hope, all while keeping the reader emotionally invested. There are a couple of nice reveals in the last third and the novel ends on an appropriately bittersweet note. The Vanishing Deep is a solid treatment of some serious ideas that stays interesting and fun throughout.