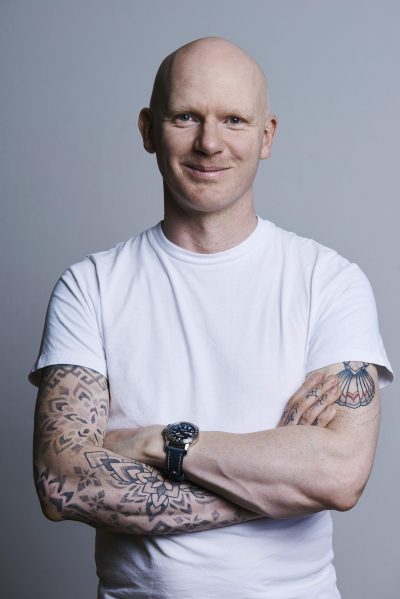 The elephant in the room: Chris Flynn on ‘Mammoth’

Chris Flynn’s third novel Mammoth (UQP, May) handles an ambitious conceit and makes it work, according to reviewer Brad Jefferies. Narrated by the fossil of a 13,000-year-old mammoth, the novel is ‘an example of how a comic novel can entertain while delivering an earnest message’. Jefferies speaks with Flynn about how mammoths are intrinsically linked to climate change, why humour is a vital counterpoint to tragedy and that time that Nicolas Cage and Leonardo DiCaprio bid against each other for the bones of a Tyrannosaurus.

Can you tell me a bit about how you came to the (ambitious) idea of writing a novel narrated by a mammoth fossil? What first inspired the conceit?

Two things: I read a collection of President Thomas Jefferson’s letters, and in one he asked Captain Meriwether Lewis to bring him back some mammoth bones while seeking the Northwest Passage to the Pacific, or, preferably, to shoot a live one, as he thought they might still be roaming the plains. Jefferson wanted to show the Europeans that the new American democracy was strong and great (sound familiar?) and had its own huge creatures. Then I heard about a 2007 Natural History auction, when celebrities like Nicolas Cage and Leonardo DiCaprio fought over the bones of a Tyrannosaurus and our mammoth narrator. Somehow, I pieced it all together to create a novel about deep time, climate change and mankind’s messed-up relationship with the animal kingdom, especially the propensity to appropriate symbols of power for personal gain. I say ‘novel’, but virtually everything in the book actually happened.

Clearly a lot of research went into Mammoth, and not just about the time when mammoths roamed, but about 19th-century America too, as well as other periods of history. What sort of work did you undertake as part of this research?

This was the fun part. Most of the book takes place between 1800 and 1804, in America, France and Ireland, as well as 13,000 years ago at the end of the Ice Age. I read a lot of obscure books about the first days of the Republican Party, extinction narratives, early man’s arrival in Europe and the subsequent devastation of the environment, the Lewis and Clark journals, the scientific community’s struggle to balance religion with evidence in the late 1700s, a supernatural history of the Third Reich, how bourbon was invented … the list goes on! Napoleon was in charge in France at that time, there was a second Irish rebellion against the English, the western plains of America were being explored (and exploited) by white men—it was all so rich and strange. It was five years of wide reading before I wrote a word, though.

You gave the narrator a distinctive tone—sharp, witty, even a little world-weary. How did you settle on that as the voice of a mammoth?

The mammoth was the way in to telling the story. It took me a while to see that. I was working at the RSPCA while I wrote the book and fascinated by the panoply of individual animal personalities that I was encountering on a daily basis. The opening passage of the book was the first thing I wrote when I figured I’d try to approach the story from the mammoth’s point of view. All of a sudden, there he was. This pompous, aloof, noble, incredibly sad creature, desperately trying to understand his existence. After I wrote those few pages, I couldn’t believe it. Here he was, the one who would tell us a vast and yet intensely personal story. Authors holding forth on how they write in voice often sounds a little hoary to me and makes me roll my eyes but in truth, it was like I could suddenly hear him. I can’t explain it.

What is it about mammoths and their fate that you find particularly interesting? What can the story of the mammoth teach us about the world today?

There used to be millions of mammoths compacting the snow in a vast corridor that encircled the north of the world. It was permanently cold and dry. This was basically the planet’s refrigerator, keeping everything cool. Then we turned up, burnt everything and wiped the mammoth out. That’s when it started to get warmer. Mammoths are intrinsically linked to climate change. They’re 99.96% Asian elephant, so efforts to clone them back to life are in progress, and almost a reality. The idea is to build another mega-herd and release them in rewilded Siberia. The very mammoths we killed are going to rescue us from oblivion by cooling the world down and buying us time. It’s a mind-blowing irony that illustrates how powerfully we are connected to the ecosystem around us. I love the mammoth because for me, it’s an emblem of hope that shows us how we’re never beaten, not while we have science, intelligence, empathy and creativity. I can’t wait to see these majestic beats in the wild again.

While there are serious, moving scenes of tension and emotion, there is a comedic tone to a lot of the book—particularly in the scenes between the various fossils at the auction house. What appeals to you about using comedy in your writing?

Don’t set me off on a rant. For me, any writing about the human (or animal) condition that doesn’t include humour is a failure. Our lives are not constant tragedy. Fiction that wallows in misery does my head in. Humour is a vital counterpoint to tragedy, and each becomes so much more powerful when the other is acknowledged. Also, I’m Irish. We laugh at funerals. No matter what I write, it will always be loaded with LOLs because that’s how I live. And if you’re a bunch of fossils waiting to be sold at auction, what else are you going to do to pass the time, if not take the piss out of each other?

I thought long and hard about this. For 10 years I’ve been keeping a spreadsheet listing every book I’ve read, so I can monitor patterns and interests and ensure I’m not just reading the same stuff all the time. I had a look through and although I’ve enjoyed a lot of books the past few years, the two I can honestly say I read and LOVED were Sebastian Barry’s Days Without End (Faber), and Liz Gilbert’s The Signature of All Things (Bloomsbury). I can’t believe she puff quoted Mammoth. I really can’t. The Signature of All Things should have won the Booker.