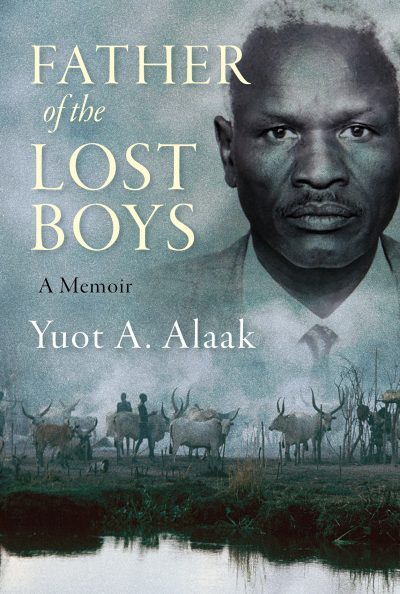 Father of the Lost Boys (Yuot A Alaak, Fremantle Press)

This shocking story should be better known: the attempt of more than 20,000 orphaned boys and thousands more refugee followers to survive amid the terrifying atrocities of the Second Sudanse Civil War. Hunted and bombed by enemy soldiers, and preyed on by wild animals, they walked hundreds of kilometres through inhospitable terrain in search of safety, built new camps with their hands and fought off starvation. Central to this was Yuot Alaak’s father, a teacher who fervently believed in the ‘power of the pen’ over that of the gun. He tried to ensure the boys were educated and took on the responsibility for caring for them, even undertaking soldier training to do so. Throughout this tribute to his inspiring father, Alaak recalls in extraordinary detail his own childhood—the camps, journeys, food, hunger, anguish and even the joy of receiving a school uniform for the first time. He articulates the refugees’ longing for the home they were forced to leave and gratitude for their safer, adoptive one. The fate of the lost boys—and that of Alaak’s family—provides narrative pull and illustrates the traumatic impact of war and lost childhoods on displaced people. The voices and histories of African-Australians are not heard enough. This valuable book deserves a global audience and will be a disquieting read for those of privilege; this country is a better place for it having been published.