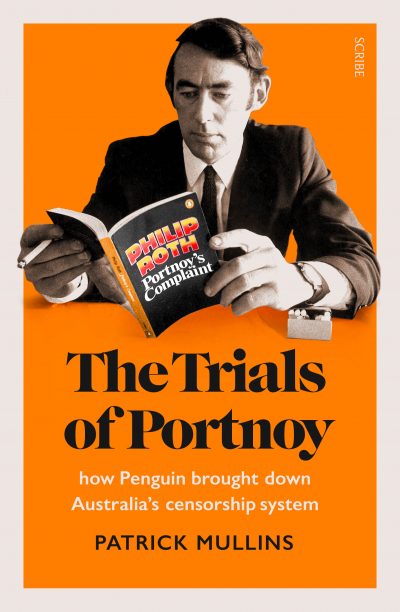 Starting even before Federation and lasting until the early 1970s, the Australian government controlled what Australians could read. Yet today, as Patrick Mullins recounts in this scintillating account of the rise and fall of Australian censorship, that this happened at all is mainly forgotten and almost unbelievable—it’s like science fiction. The unlikely tool that was instrumental in finally dismantling this repressive regime was Philip Roth’s 1969 novel Portnoy’s Complaint, an incandescent tale of a tormented man trapped by his American Jewish upbringing and his sexual obsessions. Portnoy’s Complaint was mainly lionised in the US as ‘the detonated charge of a turbulent decade’; in Australia it was considered obscene and banned. But sensing that times were finally a’changing—and led by their brave MD John Michie, who at one stage was told by customs minister Don Chipp, ‘I’ll see you in jail’—Penguin Australia made the risky decision to print and publish it in secret. Mullins captures the excitement of this time, and also exhaustively details the multitude of ludicrous court cases that then swept the country as police confiscated contraband copies, publishers and booksellers were prosecuted, and, yes, books were burned. Anyone interested in Australian history, politics and books generally will find much food for thought in this entertaining, well-researched and carefully written history.

Julia Taylor worked in trade publishing for many years