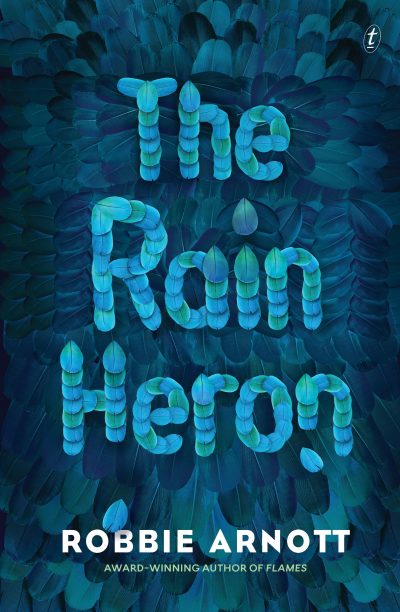 Ren has retreated from the world. After the country is torn apart by a coup, she hides herself away on a mountain, barely seeing another living soul beyond the animals she hunts in order to survive and the man from the village who she sometimes trades with. Over the years she finds not peace, but an equilibrium—until the day the soldiers come to hunt down a creature that surely can’t exist. The Rain Heron is a beautifully told story in four parts, in which the line between reality and myth is impossible to draw. As in his debut novel, Flames, Robbie Arnott writes characters—human and animal alike—that you invest in rapidly, making the twists and turns in their stories feel that much more personal and at times shocking. We don’t see the war directly. Instead we feel its effects through the intimately realised characters, and the way their lives have been redirected and tainted. Arnott expertly navigates the fraught relationships between humans and the natural world, and paints shades of grey into moments that for a lesser writer would be purely black and white. This is a book that is not only a compelling, original read, but one that delivers hard truths that urgently need to be heard.