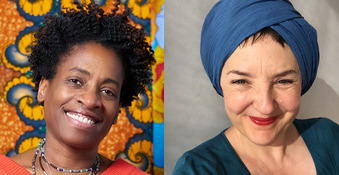 US writer Jacqueline Woodson and Swiss illustrator Albertine have been named the winners of the 2020 IBBY (International Board on Books for Young People) Hans Christian Andersen Award.

Woodson has published 33 books, beginning with the novel Last Summer in Maizon in 1990. Her autobiographical novel Brown Girl Dreaming won the 2014 National Book Award and was a Newbery Honor Book. Woodson’s nomination for this year’s Hans Christian Andersen Award cited her work’s ‘lyrical language, powerful characters, and an abiding sense of hope’. ‘The dialogues are pitchperfect, the stories are raw and fresh, and the endings satiate the reader,’ the nomination read.

Albertine is ‘known for work that expresses spontaneity combined with attention to detail, infinite precision as well as a sense of humor’, according to her nomination for the award. She has written and illustrated prize-winning books including Marta et la Bicyclette (Marta and the Bicycle), a rumeur de Venise (The Venice Rumour), Les Oiseaux (Little bird), Les Gratte-Ciel (Sky high) and Ligne 135 (Line 135).

The winners were chosen from 34 author nominees and 36 illustrator nominees, submitted by IBBY national sections. Libby Gleeson and Ann James were nominated by IBBY Australia as the 2020 Australian candidates.

The Hans Christian Andersen Awards are presented biennially to a living author and illustrator whose complete works have made a lasting contribution to children’s literature. The full list of nominees was announced at the 2019 Bologna Children’s Book Fair and the winners were announced during the 2020 online edition of the fair. For more information about the winners, and to view the shortlist, see the IBBY website.