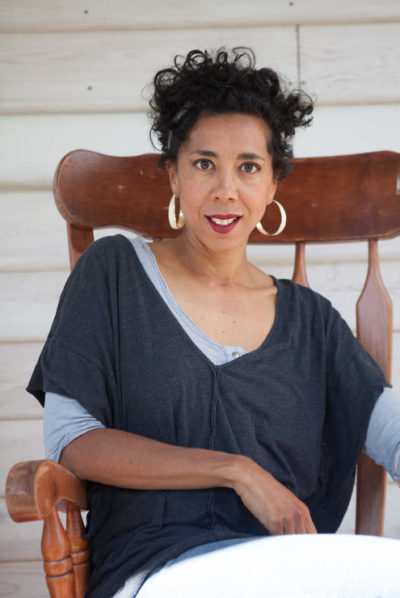 Dylan, the protagonist of Metal Fish, Falling Snow, sees the world in a very unique way, which often leaves her vulnerable and misunderstood. What prompted you to write such a character? Did you draw upon real people to do so, or is she a work of pure fiction?

Dylan is an amalgam of a number of different people I have known and experiences that I have had throughout my life. Her voice is drawn from my own memories of growing up in Australia as a mixed-race child and feeling misunderstood or being marginalised because of my skin colour, but also my family dynamic.

Though there are references to her being bullied by others who see her as cognitively different, I was careful not to pathologise Dylan. In creating her distinct connection with the world, I drew on personal relationships I have had with people who have unique and complex relationships with themselves and the world. I wanted to make clear that difference is often imposed with judgement upon people, who become unfairly ‘othered’. However, Dylan’s ability to experience other people’s memories is an attempt to add a magic realist element to the character, something that elevates Dylan beyond my own experiences.

Like Dylan, you were born in your father’s homeland of Guyana before being raised in Australia with your white mother. How closely did you draw on your own experiences when writing the book?

Very closely. This book reflects my own disjointed connection to the country of my birth and the difficult process of trying to find belonging somewhere else. Like Dylan, my only way back to Guyana is through the stories someone else tells me. The character of William is based on my father. Though he lives in America now, we talk often about his memories of home; I stockpiled his emails full of anecdotes. I wove certain aspects of my father into the character of William, especially his reflections on time. Dylan says that William has been her timekeeper, waiting for her all along, and this is how I feel about my dad. He was physically absent from my life for 20 years. I also drew on our fraught relationship and journey back towards one another.

Writing this book was painful and healing at the same time. It helped me better understand my father in the same way Dylan learns about her own grandfather. We have come to realise that this is our time, to finally be father and daughter on our on terms.

Your novel, which deals with the quite dark themes of grief and the weight of responsibility, is full of tender humour and laugh-out-loud moments that usually involve Dylan getting herself into trouble. How important was it for you to balance darkness with light in the novel?

I think if you invite someone into a world that delves deep into emotionally wrought subject matter, it’s strategic to provide moments of relief and reflection. This was, however, also important for me! It was painful, drawing on my own experiences of grief and identity. Finding moments of lightness was a way to alleviate the challenges associated with writing the real, but also important in creating a character with dimension and complexity.

At some point, the dynamic between Dylan and myself changed and she led me through the story as a fully-fledged character of her own making. Dylan experiences both light and dark within the world and herself. This is also a reflection of her conflict—trying to reconcile her emotional connections with colour, and to understand that people are a mixture of light and dark, good and bad, hope and fear, regardless of their skin tone.

Identity, race and belonging are just a few of the themes you explore deeply in the novel, particularly through Dylan’s difficulty in identifying with her dark skin colour, which she views as a sort of ‘wrongness’ to be ashamed about. Are these issues you feel many young people in Australia face today? How important was it for you to write about such issues?

I got a letter from a schoolgirl who had read my chapter in the anthology Growing up African in Australia. Having mixed heritage herself, she had connected with my story and asked to interview me for a school project. Though our circumstances were different, we shared a great deal of understanding, things you cannot explain unless you have lived with prejudice, ignorance and hatefulness. I was disheartened to hear some of her own experiences that mirrored my own growing up and it confirmed for me that xenophobia and racial discrimination are constant realities for many young people. As a nation built on migration, this is troubling.

I really do think Australia’s collective psyche struggles tremendously with the idea of identity and we are at the very beginning of a tremendously important own voices movement that seeks to bring visibility to those who have traditionally been denied a platform to express themselves from. If you cannot see, hear, read yourself in the larger sociocultural narrative, you do look internally for that sense of wrongness, or externally for evidence that you belong. No-one should feel emotionally displaced like this, so exposing and exploring issues like racism continues to be important.

Metal Fish, Falling Snow is your first novel, aimed at children and young adult readers. Was it always your intention to write for this audience? What are you hoping young readers can take away from Dylan’s journey?

It took me a while to actually ‘see’ the story as one for a YA audience primarily because I first explored this story world as a feature film screenplay aimed at an adult audience. It never got made, so I adapted it into novel form. In doing so I think the narrative is stronger primarily because Dylan is much more defined by my own lived experiences and unfolding relationship with my dad that the screenplay did not cover in as much detail.

Though the focus has shifted to a YA audience, I think there’s room for adults to also engage with the subject matter, because it’s a story about the complex parent/child relationship that transcends cultural context. I hope that young readers enjoy traveling with Dylan because I have had a lot of fun listening to and learning from her. I learnt that the way you feel about yourself changes all the time. I hope readers can recognise a little bit of themselves within her: at times fearful of growing up and into a world full of uncertainties, but also proud of finding their feet and being unapologetic about who they are.

You’re also a filmmaker and freelance writer. How did the process of writing a novel differ from your other creative work, and can readers hope for another novel in the near future?

I am used to writing in screenplay form, which is really reductive and economical. You are always trying to find a balance between brevity and detail. Writing in novel form was so liberating! I could go off on a tangent and indulge in the experience of finding my story through voice rather than action, sitting inside Dylan’s head and using her thought process as a way to forward the narrative. I could also be more playful with language use and expression as a means to distinguish the characters, but also to colour the world. I thoroughly enjoyed the singularity of the experience as well, not being beholden to other practitioners or agendas.

I also write a newspaper column, which is yet another discipline. Short form is great for working through an idea to a specific deadline but doesn’t provide the scope for a slow burn approach to writing as a novel does—thinking, writing, reading, coming back to the page, reflecting some more. I do love the wide openness of writing in long form and am working on a number of other novels for kids, teenagers and adults.

I am obsessed with the work of Norwegian author Per Petterson. He explores rites of passage and the space between childhood and adulthood with such nuance and simplicity, and in doing so creates something quite profound. I just finished I Refuse (Vintage), which is also about dealing with loss and losing/finding family.