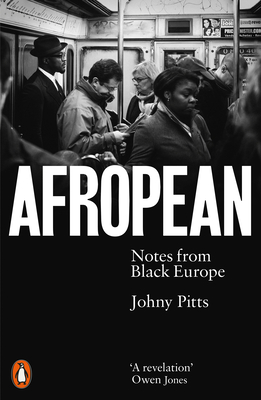 In the UK, writer and broadcast journalist Johny Pitts has won the Jhalak Prize for black, Asian and minority ethnic (BAME) writers, for Afropean: Notes From Black Europe (Penguin Press), reports the Bookseller.

Pitts’ nonfiction collection was chosen from a shortlist of five; he receives £1,000 (A$1,850). Judges described Afropean as ‘an honest and open-hearted book of enormous scope and intellectual integrity’ and ‘one of those books that grab you from the moment you start reading it’, noting that ‘it’s a work of nonfiction that reads like a novel’.

Now in its fourth year, the Jhalak Prize was launched in 2016 to recognise ‘authors who feel that their work is often marginalised unless it fulfils a romantic fetishisation of their cultural heritage’, after the 2015 Writing the Future report found that the best chance of publication for writers of colour was to write literary fiction conforming to a stereotypical view of their communities.

Last year’s winner was Guy Gunaratne for his debut novel In Our Mad and Furious City (Tinder Press).