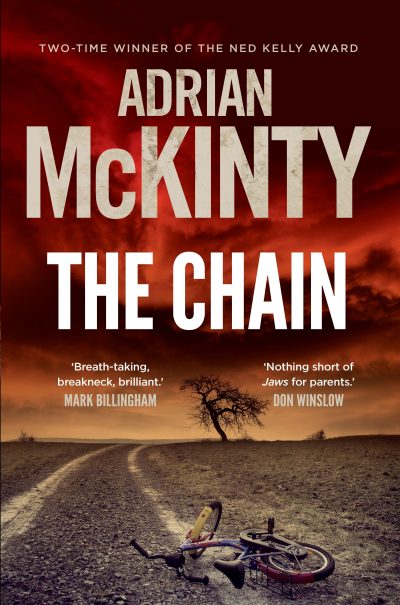 Irish-Australian writer Adrian McKinty has won the 2020 Theakston Old Peculier Crime Novel of the Year Award for his novel, The Chain (Hachette).

McKinty received the £3000 (A$5490) award at a virtual awards ceremony on what would have been the opening night of Harrogate’s Old Peculier Crime Writing Festival, cancelled due to the Covid-19 pandemic. McKinty’s novel was chosen by public vote from a shortlist of six that also included Jane Harper’s The Lost Man (Macmillan) and Helen FitzGerald’s Worst Case Scenario (Orenda).

The Theakston Old Peculier Crime Novel of the Year Award is presented annually to a crime novel published in paperback by authors from the UK or Ireland. The award is sponsored by the beer Old Peculier, produced by Yorkshire brewery Theakston.

Editor’s note: This article has been updated to include mention of Helen FitzGerald’s Worst Case Scenario.