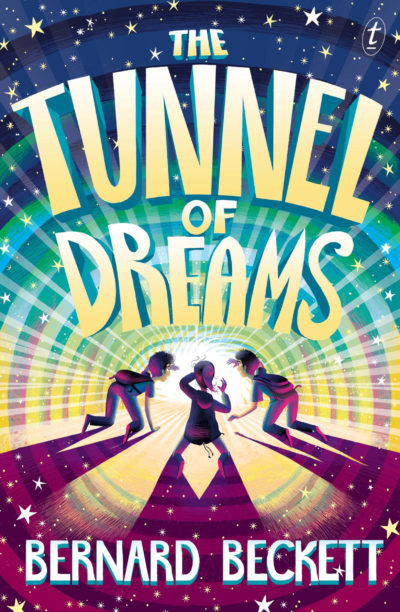 The Tunnel of Dreams is a charmingly breezy middle fiction fantasy novel about identical twins Arlo and Stefan, and their adventure in a parallel, magic-filled world. Author Bernard Beckett wastes no time in leaping into the action, with the twins meeting the mysterious Alice mere pages into the book and following her into a parallel world—a world without identical twins! Beckett’s world-building is detailed and pleasantly immersive. The magic school and mouthy talking animals are both fun inclusions, and the plot has plenty of villainous twists to keep most middle-grade kids entertained, plus a few laugh-out-loud hilarious moments. This novel is not so different from a lot of the mainstays in the genre as to be hugely memorable in the long run, but that’s hardly a concern for children looking for new fantasy books. It’s pitched ever so slightly younger than a lot of the popular series, which is certainly an advantage—it’s perfect for readers who aren’t quite ready for Percy Jackson, and for when the later Harry Potter books are a little too scary. All in all, The Tunnel of Dreams is an entertaining read, and a very pleasurable way to spend a few hours.

Isobel Moore has worked in bookstores across the globe and is now an arts administrator.