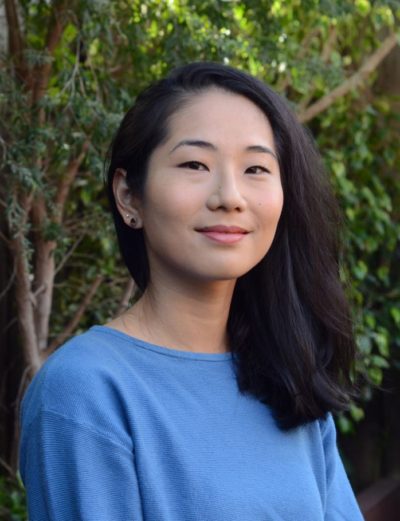 Meet the ABDA Emerging Designers of the Year: Akiko Chan

In the lead-up to the 2020 Australian Book Designers Association (ABDA) awards, Books+Publishing spoke to the two shortlisted nominees for Emerging Designer of the Year. In this first instalment we talk to Melbourne-based designer Akiko Chan, who currently works part-time at Schwartz Books in addition to her freelance work.

I was always curious about book design since university, but ended up working in branding and design studios. Print and publication remained my passion, and I had the opportunity to work in magazines and book marketing roles in New York. Upon returning to Melbourne, I was hoping to make a shift into the book industry—and was lucky enough to start working for Schwartz Books in late 2018. I’ve since designed books with several other publishers as well on a freelance basis.

Which of your book covers are you most proud of and why?

I’m really happy with how Salt (Bruce Pascoe) came together; there was an image by the author’s friend that had the right tone, but was difficult to resolve as a cover. A blue panel with a spot varnish worked as a device to house the text and tone down a slightly gruesome image. The haunting tone of the cover was echoed in the internals as section breaks, using images of textures in nature that were both beautiful and strange.

Present Tense (Doug Hall) was another cover where an image became central to the cover and spine design—a portrait with a challenging narrow format naturally lent itself to being a tip-in on the spine, allowing the cover to be a pared back, type-centric design.

Humiliation (Paulina Flores, Catapult) by Nicole Caputo and Rosalind (Judith Deborah, Plimsoll) by Kathleen Lynch come to mind from recent years—simple concepts executed beautifully. I also think there’s something to be said for creating things in a more tactile and analogue approach, as there is a warmth of an imperfect process that can’t be manufactured.

I’m sure it’s not going away any time soon, but huge type on covers has become somewhat standard—I would like to see more covers that are bold enough to have small type, or subtle elements that are still able to draw the reader in.

What’s the most valuable thing you’ve learned on the job?

I’ve learned to be able to let go a bit, to allow my designs to stand on their own and trust that they’ll speak for themselves. From a studio setting, I was accustomed to being able to present my work and defend my decisions. I also learned that it’s worth throwing in an idea or two that is a bit left field—it’s always a pleasant surprise when they get chosen, or encourages a broader discussion to open up.

Where would you like to be in five (or 10, or 20) years’ time? And what do you hope the industry will look like then?

I’d love to be working on a mix of text-based and illustrated books—including being involved in art direction of illustration and photography. I would love to design a cookbook, or perhaps even initiate some projects myself. I would hope that the industry will be flourishing with titles that are important and unique to Australia—and that the industry is a fair representation of who we are as a people.

The 68th ABDA Awards will be broadcast online via live stream at 6.30pm on Thursday, August 20.