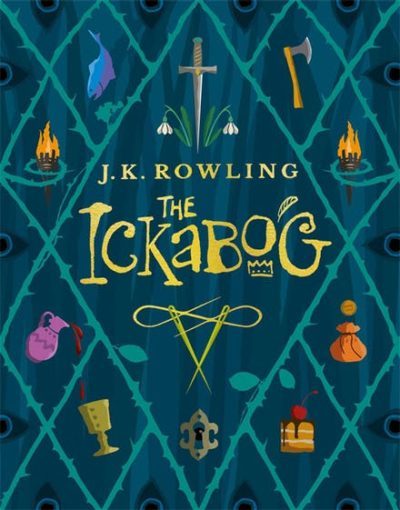 ANZ children’s illustrations to feature in ‘The Ickabog’

Six Australians and four New Zealanders are among the 34 children whose artworks will illustrate the UK version of J K Rowling’s The Ickabog (Little, Brown Books for Young Readers). The winning artworks were chosen as part of a competition for children between the ages of seven and 12.

The 34 winning illustrations were chosen from more than 18,000 submissions from the UK, Ireland, Australia, New Zealand and India. A North American version will feature artworks from 34 children from the US and Canada.

Rowling said that she plans to donate all royalties from the book ‘to help vulnerable people who have been affected by the coronavirus’.

The competition accompanied the seven-week online serialisation of The Ickabog, which Rowling wrote more than a decade ago as a bedtime story for her children. The UK winners were chosen from a shortlist by a judging panel of book editors and designers from Hachette and guest judge Pam Smy, senior lecturer practitioner at Anglia Ruskin University’s Cambridge School of Art. Rowling did not judge the competition.

Judging chair, CEO Hachette Children’s Group Hilary Murray Hill said, ‘The quality, diversity and sheer imagination of the children’s art has been a privilege to see, and a tremendous task to judge … I have no doubt there are some great artists of the future among them.’

Hachette will release The Ickabog in Australia on 10 November.

I Want to be a Superhero (Breanna Humes, illus by Ambelin Kwaymullina, Magabala)  Junior Reviews