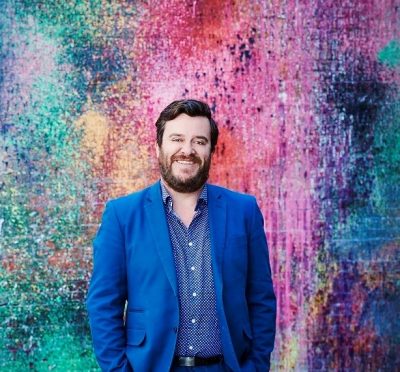 Williams will remain based in Melbourne, spending a week of each month in Sydney when travel restrictions allow and moving to the city after Christmas.

SWF CEO Chrissy Sharp, who was the inaugural director of the Wheeler Centre when Williams was head of programming, said the SWF board wanted a ‘safe pair of hands’ to run the program in 2021, as it did not want to rush an international search for a new director following the resignation of former artistic director Michaela Mcguire, who has been appointed artistic director of the Melbourne Writers Festival.

Williams told the Age ‘the old ways of doing things and the old orthodoxies about what things like festivals are for and who they’re for and how they work has to be completely re-examined’.

‘I think any reasonable person is assuming international travel and the way that festivals depended on it is not going to be a thing. So it’s quite exciting how you have to build the program on both discovery and on finding surprising ways to present familiar people … It has to be a combination of people having a conversation that feels vital and feels like it can only happen in this place at this time.’

Williams said of cultural leadership roles: ‘Your job is not to put your knowledge and your tastes up. It’s to listen and learn from all different communities that you don’t belong to and find a way to create a platform and a space for their voices. So not only do I not speak for the people of Sydney, I’m not a person of colour … and yet those voices are going to be integral for any kind of cultural output that claims to be relevant or timely in Australia.’

Williams stepped down from his role at the Wheeler Centre earlier this year. He was replaced by Caro Llewellyn.