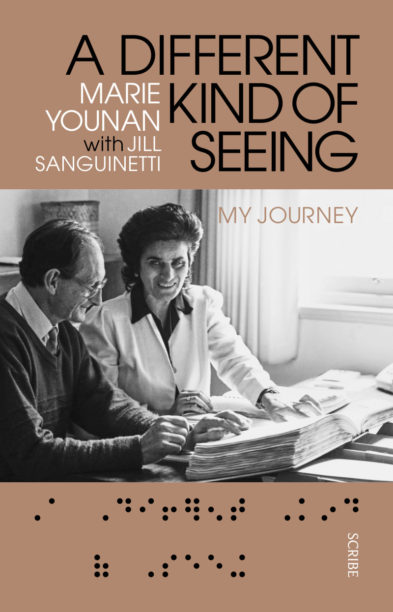 This is a simply told tale of an extraordinary life. Marie Younan’s memoir unravels twin narratives: being blind in a seeing world and being part of a displaced people. For generations, her Assyrian family were persecuted and frequently forced to flee, moving between Turkey, Syria, Iraq, Lebanon, Greece and Russia. Younan was blinded as a baby and in the conservative Assyrian refugee community of the 1950s and 1960s was neither educated nor allowed to do chores. Although well-loved by her family of 15, she was often left sitting in the corner, listening to the hubbub, her active brain sorely in need of nourishment. When her family emigrates to the safety of 1970s Australia, Younan enrols at the Royal Victorian Institute for the Blind (now Vision Australia). There begins a special lifelong connection with a teacher who slowly helps her to become literate, simultaneously learning English and Braille. New worlds open as her life is enriched with friendships and intellectual interests and her talent for languages transforms into a professional career as an interpreter. In unadorned prose, this story is a window into both the unique and often overlooked difficulties facing people with vision impairment and the inherited impact of genocide. While it’s heartbreaking to read how much Younan was denied, it’s heartwarming to read about her thriving.

Joanne Shiells is an editor, teacher and former bookseller.