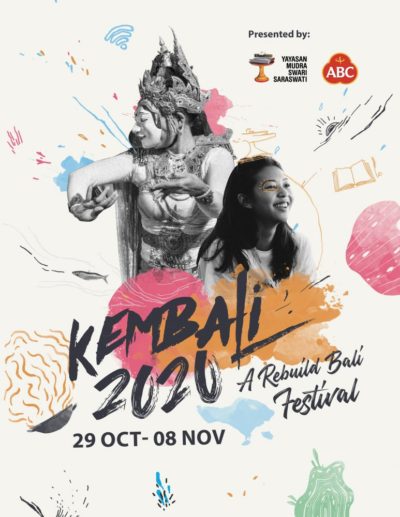 The organisers of the Ubud Writers and Readers Festival (UWRF) have announced the annual festival will combine with the Ubud Food Festival in 2020 to create Kembali 2020, a festival that will run online from 29 October to 8 November with ‘limited on the ground sessions for a local audience’.

In statement, the organisers said the ‘free and donation-based festival’ would feature over 70 sessions in a digital format, both pre-recorded and live streamed, with yet-to-be-announced live sessions that aim to revitalise the local economy. The live sessions will follow Covid-19 protocols and will only proceed with government approval.

‘We want to stimulate the island’s economy and tourism sector, since Bali is Indonesia’s hardest-hit region, but safety is and always will be our first priority,’ said director Janet DeNeefe.

Eka Kurniawan, the first Indonesian writer to be nominated for a Man Booker International Prize, will appear alongside fellow Indonesian author Dee Lestari in a session supported by Writing WA.