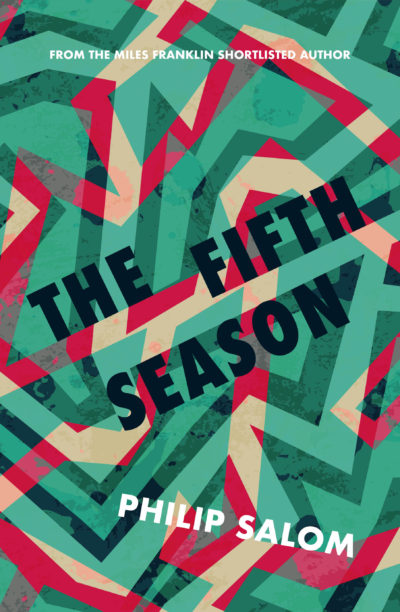 Philip Salom has twice been shortlisted for the Miles Franklin, and The Fifth Season will attract serious readers as a result. But this is not a book for everyone; its seriousness (and even its wit and wordplay are serious) makes it a demanding read. With an ostensible focus on missing people and unidentified bodies, the novel is also about memory, mortality, the self, and the purpose and process of making art, including fiction. Our protagonist, Jack, is a man of Salom’s age who is also an author. Jack reads a novel by a man whose name is Simon (but also sometimes Brian), who lived in the Airbnb Jack is now staying in to write his own book. There, in a small coastal town, Simon produced a book with the same title as one of Salom’s own. At one point, Jack cooks a recipe from Simon’s book for a woman, Sarah, who is also a character in Simon’s book. Sarah herself, whose sister is missing, also makes art, both as a filmmaker and by painting faces of the missing in public spaces. It’s all very meta. Booksellers should hand-sell The Fifth Season to those who are searching for intellectual questioning rather than driving plot.

Lorien Kaye has been writing about books and the book industry for more than 20 years.