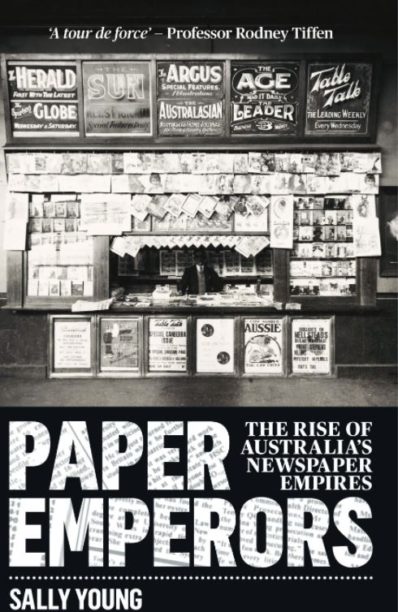 Judging panel chair Leigh Dale praised Young’s history of the Australian newspaper industry as ‘meticulously researched and compulsively readable’. Dale said Paper Emperors ‘examines closely the power struggles between newspapers and politicians and how they were lost and won’ and that the judges ‘eagerly await a sequel’.

Young said, ‘In the future, people will wonder what was so special about these musty, old papers and their digital versions—many of which won’t make it through the era of Facebook, Google and Netflix. I hope this book helps us to think about the role of news, journalism and the media in a democracy—then, now and into the future.’

Young was chosen as the winner from a shortlist of six announced in August.

Established in 1967, the Colin Roderick Award and the H T Priestley Medal are presented to the author of the best book, in any genre, published in Australia in the previous calendar year that deals with ‘any aspect of Australian life’. Last year’s winner was Robert Drewe for his short story collection The True Colour of the Sea (Hamish Hamilton).