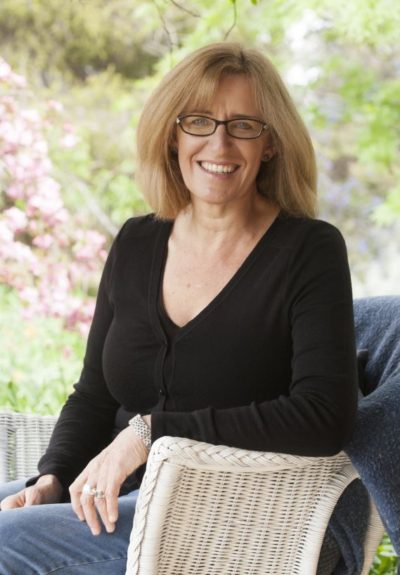 Fend for yourselves: Katrina Nannestad on ‘We Are Wolves’

Katrina Nannestad’s new middle-grade novel is based on the real-life Wolfskinder, East Prussian children who were left to survive on their own in the aftermath of World War II. We Are Wolves (ABC Books, November) follows three resilient siblings who become separated from their family after the Russian invasion of Germany. Reviewer Annie Waters said readers ‘will find much to cherish’ in the novel, in which dark themes are balanced with ‘stolen moments of joy’. She spoke to the author.

We Are Wolves is set during a hard time in history. Why did you choose this particular story to tell and how do you walk the line between getting the facts across and writing a story suitable for this age group?

I’d never heard of the Wolfskinder until I stumbled across an online article about two years ago. I was amazed to learn about these orphaned children living wild and alone in East Prussia at the end of the war. They’d survived dangers and deprivations that robbed many adults of their lives. How did they manage? I figured that if these stories were new and surprising to me, perhaps they would be new and surprising to others.

I really struggled in writing this story. How would I present these tragic events in a way that was accessible to young readers, while still honouring the hardships endured by the real Wolfskinder? The key was to find the light amidst the darkness. Even though these stories are heartbreaking, they are also filled with those qualities that help us all rise against adversity—resilience, courage, hope and love. As I wrote the story of Liesl, Otto and Mia, I made sure to focus on these elements, and include many moments of joy, laughter and fun. In the end, I believe that love became the most important element of the story—not only the fierce love that Liesl has for her brother and sister, but the love she finds in unlikely places.

Were you able to speak to or access any first-person accounts from Wolfskinder in your research? What were your primary sources of information?

When I started researching the topic in earnest, I found first-person accounts hard to locate. The Wolfskinder were living in Soviet territories, so had had to hide their true German identities, for their own safety and that of the families who helped them. Some were never able to attend school again so writing their personal histories would not have been easy. It wasn’t until the demise of the Soviet Union that people began to feel safe to talk about their German roots. Now, of course, the Wolfskinder are elderly and many of these stories have been lost forever.

I did find a number of video interviews with elderly Wolfskinder. I found these incredibly moving as they spoke about their experiences with clarity and tears, as though it had all happened just yesterday, not over half a century ago. I also tracked down two autobiographies that were written in English—one a detailed professional publication, the other a humble little self-published account. Both were wonderful in providing insight into their suffering and survival. Otherwise I depended on articles, documentaries and history books.

When the trail ran dry, I started chasing after details around the stories of the Wolfskinder—the history of East Prussia and the tumultuous events that surrounded Red Army occupation at the end of World War II.  I waded through some very dry history books until I happened upon a gem, The Death of East Prussia: War and revenge in Germany’s Easternmost province by Peter B Clark. This is a marvellously well-written book that gathers together a number of first-hand accounts and primary material.

My final bit of research, oddly enough, took place after I finished my first draft of the story. I met with a German couple who had both been small children living in the eastern provinces of Germany during World War II. They were not Wolfskinder themselves but shared many similar experiences when the war ended—poverty, hunger, prejudice, violence, interrupted education, forced relocation and the horrible realisation that their parents were powerless to protect them. These lovely people were warm, open and generous in sharing with me, and their stories were very affirming of the way in which I had told my fictional story about Liesl, Otto and Mia Wolf.

Liesl is old enough to remember a time before the war, Otto has grown up in wartime and little Mia can barely walk. How did including three children with such different experiences shape the story?

Having the three children at such different stages of development and understanding allowed me to explore the effect that the war and its aftermath might have on different children. Of course, in reality, every child would experience and react to events in their own unique way.

Liesl has the maturity to be a leader, to make logical decisions. She is also able to think of a world without weapons and soldiers and war and be hopeful of a better time to come once more. This hope and light buoys the children through some of their darkest times.  But she does have to grow up fast—she sees and understands far too much and carries responsibilities that would crush many adults. Otto turns wild in some ways, but also maintains his boyish innocence in others. This is partly due to his age but is also a tribute to Liesl’s protection and love.

Baby Mia lives in the moment, as babies do, so her joyful and funny responses to events bring light and humour to the earlier parts of the story. But as the children struggle with hunger and the loss of loved ones, Mia suffers physically and psychologically to the point where Liesl fears that the real Mia might be lost forever.

There is an enduring fascination with Second World War history for teachers and children alike. Why do you think this period resonates so well with young readers?

Our fascination with any subject is so very personal, isn’t it? For me, World War II strikes such interest because it feels recent enough to relate to my own modern life. Whenever I read about normal family lives being turned upside down during the war—because of persecution, invasion, military service, bombings, extreme deprivation, illness—I think about my own family. What if my sons were sent off to kill other people’s sons? What would I do if I knew that my neighbours were about to be imprisoned just because they had a different heritage to mine? How would I manage without electricity and running water and a safe food supply? What lengths would I go to protect my loved ones? Would I be a leader or a follower? Would I find enough courage, grace and love within me?

I wonder if it is the same for young readers. They relate to the stories about real people whose lives might have been similar to theirs before war came along and messed everything up.

What do you hope that children will take away from this book?

Primarily, I hope that children will enjoy the story. I like to think that my readers will travel the journey with Liesl, Otto and Mia, feel their triumphs and losses, and come out at the end with a sense of satisfaction. I believe that children need to find hope and joy in the stories they read.

I also hope that children will learn something new about this particular aspect of World War II. I hope they will understand that war is not black and white. It’s not a comic book where we have goodies and baddies, winners and losers. Everyone loses when there is a war.

I also hope that We Are Wolves will inspire children to reflect on some of the deeper and more universal issues in the book—the treatment of refugees, identity, resilience, bravery, breaking rules, and especially the power of kindness and love.

Flora and Ulysses by Kate DiCamillo (Walker Books). This is a whimsical children’s book that begins with a squirrel being sucked up a vacuum cleaner. I was delighted by such a beginning, but concerned that the best had already taken place. I was wrong. The rest of the story was filled with eccentric characters, beautiful language and many more wonderful episodes involving that charming (although now slightly bald) squirrel.