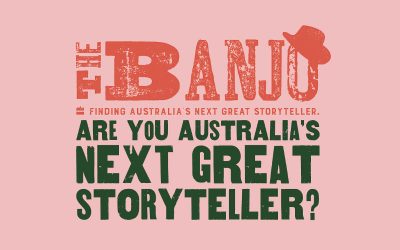 HarperCollins Australia has named Dinuka McKenzie the winner of the 2020 Banjo Prize for her ‘gripping, pacy police procedural’ Flood Debris.

McKenzie’s manuscript was chosen from a shortlist of four announced earlier this month. She receives a publishing contract with HarperCollins, with an advance of $15,000.

Flood Debris is the first book in a series featuring Detective Kate Miles, who is heavily pregnant and a week away from going on maternity leave when she’s asked to review the case of a local man who died in recent floods in northern NSW. But what should be a straightforward, box-ticking report turns into something much murkier. As she is also investigating an assault on a teenage girl during a robbery, the two cases come together in surprising—and dangerous—ways.

‘Dinuka McKenzie is a fabulous writer and Kate Miles is a brilliantly fresh addition to the crime fiction scene: ambitious and determined, while also juggling the demands of family life, with a toddler and a baby on the way. I am so excited to share this book with the thousands of readers who are going to love it as much as we all do.’

The two runners-up, Karlie Florisson for ‘The Thursday Afternoon Murder Club’ and Rachael Keene for ‘Roses of Budapest’, each receive a written manuscript assessment from HarperCollins.

McKenzie is the third winner of the Banjo Prize. Journalist Tim Slee won the inaugural prize with the manuscript of his novel Taking Tom Murray Home, which was published in July 2019 and was recently optioned for screen. The 2019 winner, Elizabeth Flann’s thriller Beware of the Dogs, will be published in January 2021.