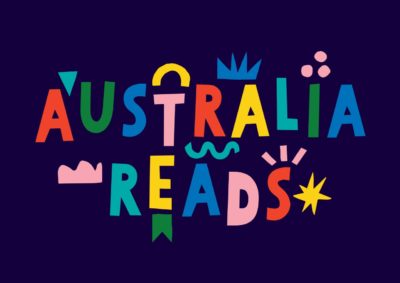 Australia Reads will host a series of live YouTube events as part of this year’s campaign, which runs from 1–12 November.

Australia Reads will broadcast its main event at 12.30pm AEST on Wednesday, 11 November on its YouTube channel, ahead of Australian Reading Hour the following day. The main event will include ambassadors Peter Helliar and Dervla McTiernan as well as authors Peter FitzSimons, Nikki Gemmell, Judy Nunn and Michael Robotham, among others.

As well as the main event, there will be two online streams for schools hosted in collaboration with the Sydney Opera House on 9 November—one for children aged seven to 10, and one for readers aged 11–13. These events will feature Australia Reads ambassadors Peter Helliar, Jacqueline Harvey, Anna Fienberg, Beck Feiner and Will Kostakis, and guests including Andy Griffiths, Garth Nix, Amie Kaufman, Cath Moore, Sami Bayly and Danielle Binks.

As previously reported by Books+Publishing, in May the Australia Reads campaign received $100,000 in federal government funding. The campaign was launched earlier this year as an expanded and rebranded iteration of the Australian Reading Hour.