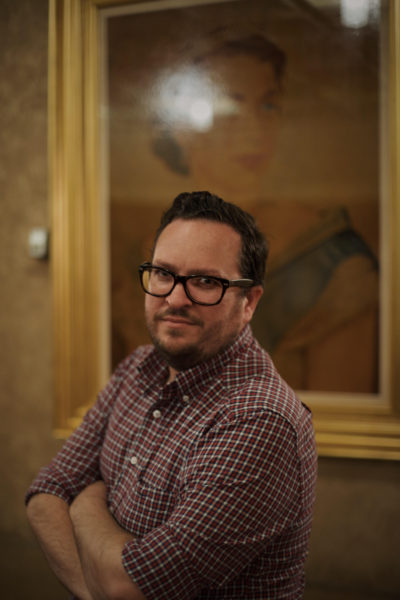 Morton to edit ‘Growing Up in Country Australia’

Black Inc. has announced the latest addition to its ‘Growing Up’ nonfiction anthology series, Growing Up in Country Australia, to be edited by journalist Rick Morton.

Morton is the Saturday Paper‘s senior reporter and prior to this was a social affairs writer at the Australian. His 2018 memoir One Hundred Years of Dirt (MUP) recounts his experience growing up in poverty in rural Queensland. His forthcoming memoir My Year of Living Vulnerably will be published by HarperCollins in early 2021.

Submissions are now open for the Black Inc. anthology, which will explore the diverse experiences of Australians growing up outside cities and large regional centres. The publisher is looking for nonfiction pieces that ‘deal with any aspect of growing up in rural Australia—in all its vast diversity’. Submissions from First Nations writers, writers of colour, writers with a disability and writers with a migrant background are encouraged.

‘I think anyone who has spent formative years in the country has a secret,’ said Morton. ‘It might be a good one, or a dark one, and in most cases it resembles nothing of our national myth. I want to know what your secret is.’

‘This book sparked a series showcasing a diverse array of Australian voices, both emerging and established,’ said Williams. ‘We have published anthologies of writing from the Aboriginal, African, disabled and queer communities—revealing new literary voices and deepening our understanding of life in Australia for those who have often been underrepresented.’

Williams noted that ‘being published in our anthologies has enabled a number of authors to go on to write other books—Benjamin Law’s The Family Law being one example’, while the success of the 2018’s Growing Up Aboriginal in Australia (ed by Anita Heiss) has helped raise funds for Indigenous Literacy Day.

Growing Up in Country Australia will be published in 2022. Rights to all territories ex ANZ are available from Black Inc.

For more information about the submission process, see the Black Inc. website.