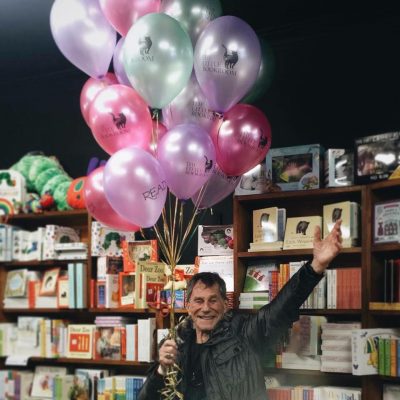 The Victorian branch of the Children’s Book Council of Australia (CBCA) will administer a new $10,000 award for children’s book creators, established with a bequest from the late Albert Ullin, co-founder of The Little Bookroom.

Ullin, who died in 2018, left a bequest for an award to be made in his name to honour a children’s book creator who has a body of work of at least 10 years, which may have received individual recognition but not necessarily as a whole.

‘Albert was always very supportive of the many creators who contacted him for advice and was a mentor to many of the now famous Australian creators in our midst,’ award spokesperson Pam Horsey told Books+Publishing. ‘His collection of artworks from many illustrators is now housed with the National Gallery of Victoria and his letters and ephemera of the founding of The Little Bookroom are now in the care of the State Library of Victoria. His aim with the award is to continue to support and celebrate our wonderful creators.

‘Albert would have turned 90 last April and it is also the 60th anniversary of The Little Bookroom and even though Covid has made a major halt to many of our retail outlets, we felt it was propitious to announce the winner at this time.’

The recipient of the biennial Albert Ullin Award will be selected by a panel, with the winner of the inaugural award to be announced at a virtual event on 19 October. (See classified.)